Bono Who? Inhaler sells out US tour

Before U2 were a global phenomenon, they were just a bunch of Dublin teenagers with a rock and roll dream. That's no different for Bono's second youngest son Elijah Hewson, 21, frontman of the Irish band Inhaler, who have just sold out their debut U.S. tour on the strength  of their acclaimed new debut album. 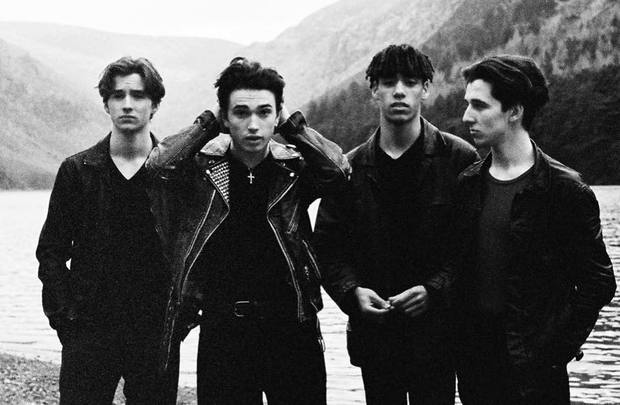 Before U2 were a global phenomenon, they were just a bunch of Dublin teenagers with a rock and roll dream.

That's no different for Bono's second youngest son Elijah Hewson, 21, frontman of the Irish band Inhaler, who have just sold out their U.S. tour on the strength of their acclaimed new album.

Clearly, something major is happening for the band of upstart 21-year-olds and it's all down to their music, not just the stellar family connections. Yes, Inhaler is fronted by Bono of U2's second youngest son Elijah (who goes by Eli) Hewson (who not only looks but sounds like his famous dad) but the music is the thing.

Because even when your dad is Bono and your mother is Ali Hewson, making it in rock and roll is still down to talent much more than pull. Having listened to the new album and spoken to the band this week, these are clearly young musicians who have grown up around good music, and they're learning about that legacy as they find their own voice.

Remember too that they're the same age as the new century. The glory days of Hewson's dad's band were mainly lived long before he was born. That means you have to think afresh about who these young Irish people are and what the world they are living in looks like to them.

That fact is echoed in their debut album's title, It Won't Always Be Like This, a song about love gone sour but also a song about sour times, which a global pandemic certainly qualifies as. But there's a note of rock and roll defiance and optimism in the title too, which is reflected in the news they've sold out their U.S. tour before it's started.

Five minutes ago they were 17 at St. Andrew's College in Dublin, but now they're 21 and have just finished an album in the middle of lockdown (even filming videos for their songs via Zoom). It's a new kind of stairway to stardom (the band's name comes from the inhaler that Hewson used to pull out on stage to combat asthma).

“It's been a real kind of pressure cooker for us,” agrees Hewson, 21. “I think when the pandemic happened we had to do a lot of growing-up quick. And then it was kind of like we weren't in a band touring the world anymore. It was like, we were almost back to being kids you know, the band was in jeopardy and we didn't know when we were going to be doing gigs again.

To survive the lockdown they “held onto writing music as hard as we could and controlled what we could control,” Hewson confesses. “It was a very strange time to even record album, because when we were in the studio we couldn't go out and like have a drink after, we were trying to bubble. So we were just in the studio and then walking back to the place we were staying every day for like two months. It was a strange environment.”

Sometimes though that kind of focus produces unexpected surprises. Bandmate Ryan McMahon, the band's drummer, agrees: “It's a strange time to be a rock band. It was a dramatic shift in our lives. We went from just having the crack on stage playing live for people and then all of a sudden we learned we won't be able to perform for a year and a half. But I certainly think it benefited the album greatly because there's a whole raft of new songs on there.”

For those of us lucky enough to have been born in the last century there's more than a hint of the new wave '80s in Inhaler's hard-driving sound (the band cites New Order and Talking Heads as inspirations during our chat). But there's also a little of the yearning note that made U2 such an Irish band. Taken together it's an impressively assured arrival that suggests the rock road is as open for them as the fabled Route 66.

Talking to Hewson is a bit like channeling Bono in the early '80s. They look and often sound so similar that it caused me to do a series of double-takes. There's no doubting that Hewson is his own man, however – and he admits his famous parents were far from on board when he first told them what he wanted to do with his life. 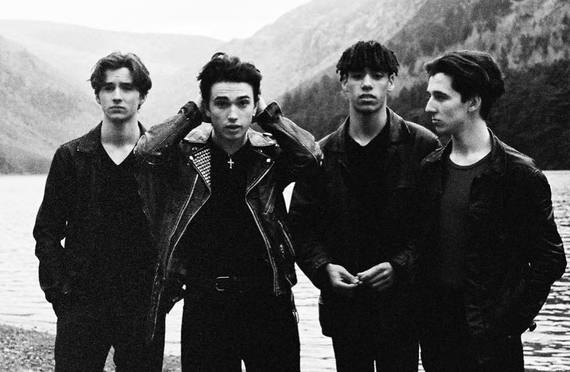 Irish band Inhaler have sold out their debut US tour

It turns out that even Bono, in true Irish da fashion, doesn't want his kids to be in a rock band. Or at least he didn't at first.

“You know, like even my parents, my dad being who he is, was like no way man, you don't want to be in a band, please don't do that. I think my mom as well was kind of like no. But I think all our parents just kind of saw that the passion that we had for it, and we were working hard from a really young age, every moment we had outside of school we spent in the rehearsal room with each other and, you know we weren't very good musicians, but we were learning how to kind of write music and we were learning other people's songs.”

And I think that proved to be helpful, they saw that in us. And they gave us a year. And then after the year, thankfully things took off for us and we didn't have to go back to college, but certainly, there was a bit of hesitation in the beginning as I would be for my child if I had kids. Like there's not a lot of money in music these days. So it's, it's a risky thing to get into.'

The Irish, in particular, consider it almost unpatriotic to have notions like wanting to become a rock star. So Inhaler's courage is actually twice itself because one of them is stepping out from under a genuinely huge shadow, and doing it so well that they're already in a story of their own.

The America of 2021 is not U2's America of the 1980s, it's just undeniable. So what's it like to be a 21-year-old Irish singer coming to the States for your band's first big tour? 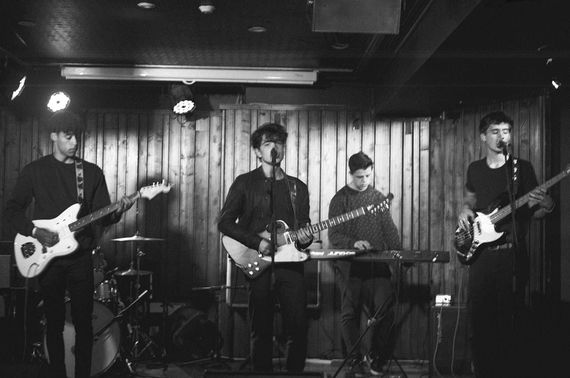 Irish band Inhaler have sold out their debut US tour

“It almost feels like America's having a bad hangover or something,” says Hewson. “I think for every Irish person, America stands for something bigger. And I think for the rest of the world, maybe that's also true. So it has been really disheartening to kind of see what's been going on, but I think it will survive. And I think, you know, I think the world is having a bit of a rough day. A bit of a midlife crisis sort of thing.”

The note of optimism in the music is the same one shared by the band. “I think our generation are really outspoken and they have a platform to do so. And there's kind of a sense that we're going to have to clean up a lot of mess that's going on. And I think people are really wrapped up to do that. So I have hope in the world and it's not an easy thing to get ahold of these days.”

Inhaler's new album is titled  It Won't Always Be Like This on Polydor records.