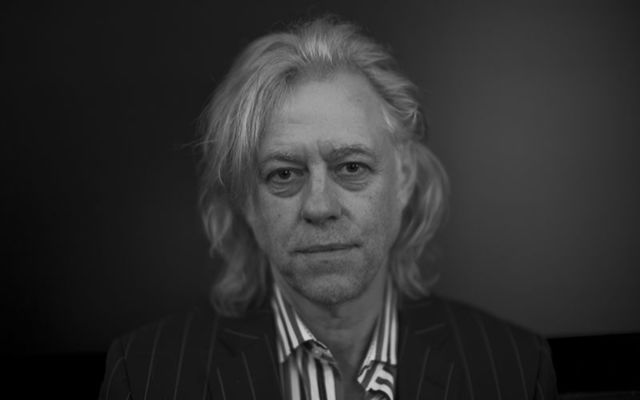 Sir Bob Geldof will be honored with a Lifetime Achievement Award at the 2017 Irish Post Awards in London later this month. The Dublin musician and philanthropist became world famous after staging Live Aid at Wembley Stadium in 1985.

Lead singer of the Boomtown Rats, Geldof has become known as a tireless activist, particularly against poverty in Africa and has been nominated for the Nobel Peace Prize.

He is also a successful businessman, largely in the communications and media sector.

“What a wonderful honor to receive, particularly from the community I am of and have lived amongst for so long,” Geldof said ahead of the Awards ceremony which takes place in the Great Room of the Grosvenor House Hotel on Park Lane.

“I am a very proud person today. On the other hand… does that mean it’s all over now? I mean come on lads. I’m not THAT old! Am I?” he joked.

The Irish Post has signed an exclusive deal to broadcast this year’s awards live on television for the first time.

Irish public service broadcaster TG4 will screen the red-carpet ceremony from London to homes across Ireland.

An estimated global audience of one million is expected for the live show on TV and online via social media channels.

More than 1,000 people will gather in London on Thursday, November 23 for the 40th anniversary of The Irish Post Awards.

The Apprentice star and West Ham United Vice-Chairman Baroness Karren Brady will also be among those honored on the night for her Outstanding Contribution to Business in Britain.

Among those will be an exclusive performance by Irish bands Kodaline and Beoga.

Irish Post Owner and Publisher Elgin Loane said: “We are very pleased to partner with TG4 to showcase the Irish abroad and connect a big diaspora event with mainstream live television in Ireland.”

TG4 Director General, Alan Esslemont, said: “The Irish diaspora, in Britain and worldwide, is an important and growing audience for TG4. We are very excited to extend our partnership to take on the role as the broadcaster for The Irish Post Awards for the first time.

“It is a wonderful and unique opportunity to celebrate Irish life and achievement abroad.”