Best Cranberries songs to listen to in memory of Dolores O'Riordan

From "Zombie" to "Linger" to "Dreams," there was no one quite like Dolores O'Riordan and The Cranberries. Listen to their best songs and recall the power in her voice. 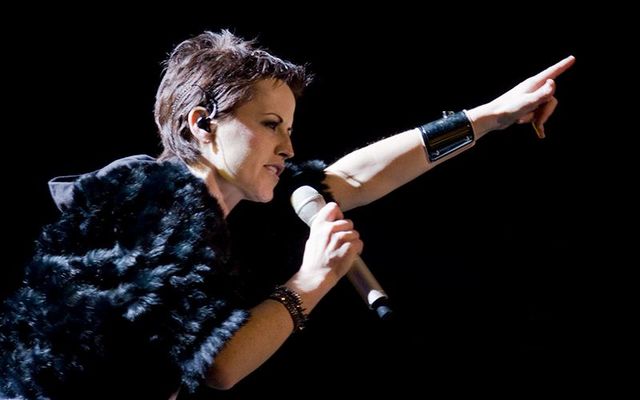 Dolores O'Riordan, the Irish solo artist and frontwoman of The Cranberries died unexpectedly while in London on January 15, 2018. From "Zombie" to "Linger" to "Dreams," there was no one quite like O'Riordan and The Cranberries. Listen to their best songs and recall the power in her voice.

It's impossible to state how important the music of Dolores O'Riordan and The Cranberries - Noel Hogan, Mike Hogan, and Fergal Lawler -  was to so many people around the world, but especially their native Ireland.

The rock band with humble Limerick beginnings finally made it into the mainstream music scene in the early-mid-90s after a few fits and starts, channeling a wide range of emotions, from the longing and melancholy of unrequited love to the anger and pain of The Troubles in Northern Ireland. The power and adaptability of O'Riordan's voice made you believe she could do anything as an artist.

Today, as we remember her legacy, we're listening back on some of the best songs by The Cranberries and from O'Riordan's solo career. Don't see your favorite track here? Tell us what it is in the comment section.

Though their song Linger would become The Cranberries' first big hit, Dreams was, in fact, the first single they released, back in 1992, as a lead up to the album Everybody Else is Doing It, So Why Can't We?. It's a delicate yet soaring track, and what is often described as O'Riordan's 'Irish power yodel' is a real tour de force.

This was their first big hit, and it's very easy to hear why. Linger was one of the first songs The Cranberries worked on when O'Riordan joined the band, and it was all about first attraction and rejection. In an interview with the Irish Times, O'Riordan explained the song's very relatable origins:

“It was inspired by a night I had at a club called Madonna’s. This guy asked me to dance and I thought he was lovely. Until then, I’d always thought that putting tongues in mouths was disgusting, but when he gave me my first proper kiss, I did indeed ‘have to let it linger’.

“I couldn’t wait to see him again. But at the next disco, he walked straight past me and asked my friend to dance. I was devastated. Everyone saw me being dumped, publicly, at the disco. Everything’s so dramatic when you’re 17, so I poured it into the song.

With Zombie, their next big hit, O'Riordan proved her voice could also harness sheer power and anger. Zombie was the number one hit from their 1994 album No Need to Argue. They wrote it while on tour in 1993, in memory of Jonathan Ball and Tim Parry, two young boys who were killed in the IRA bombings in Warrington.

Read More: LISTEN: The Cranberries release their final album ‘In The End’

Ode to My Family

Their second single from No Need to Argue, Ode to My Family dreamily contrasts the happiness and comforts of childhood with the loneliness of adulthood and fame. From the framed photos of JFK to singing in the back room of a pub, the music video did an excellent job conjuring that place and time as well.

Has there ever been a more rocking song that encourages a generation of fans to say no to drugs than The Cranberries' 1996 song Salvation? Unlikely. It was the lead single from their third studio album To the Faithful Departed.

The lead single from O'Riordan's 2007 debut solo album Are You Listening?, Ordinary Day very honestly grapples with O'Riordan's own struggles.

Read More: The Cranberries speak on how they are coping with the death of Dolores O'Riordan

And lastly, for an especially intimate acoustic set, marvel at this 2012 Tiny Desk Concert The Cranberries did at NPR headquarters for the release of their 2012 album, Roses.

What song by The Cranberries or from Dolores' solo work means the most to you? Share your thoughts in the comment section.