Jim Goldberg and Donovan Wylie’s two-volume set asks what happens when those promises are broken? 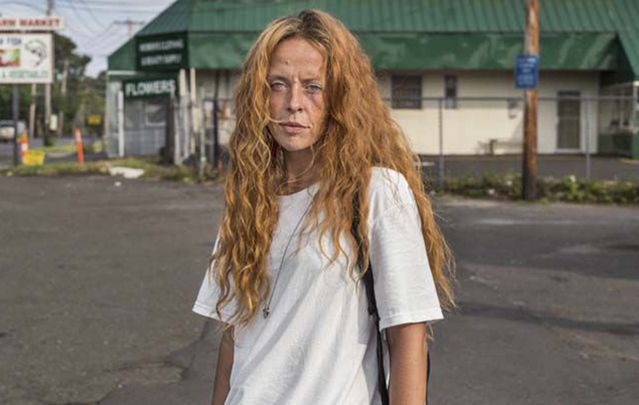 What promises does a city make to its people? What happens when those promises are broken?

Promises are bound up in the notion of New Haven. It’s there in the name. The city was envisioned in its 17th-century founding as a sort of promised land, a space where evangelical ideas of progress could play themselves out. Twentieth-century politics would confirm the notion in the “Model City” politics of Mayor Richard Lee, in which highways and parking structures carved up large sections of the city. Today New Haven still serves as a testing ground for grand ideas, as urbanists and academics tinker with the machinery of the city, as New Haven stands in for urban America at large.

In Jun Yale University Art Gallery released a two-volume set from photographers Jim Goldberg and Donovan Wylie that probes these central questions about the city. Goldberg’s Candy and Wylie’s A Good and Spacious Land bring two internationally renowned photographers together in New Haven. The two have traversed the globe, photographing in Liberia, Afghanistan, the Arctic, and in 2013 were both in a joint residency at Yale University Art Gallery. One is local, one is not. But both are interested in the forces that have shaped New Haven in recent decades.

While both photographers work in a conceptual form, their two aesthetics are markedly different.

Goldberg’s mixed-media approach — in which he incorporates stills from Super 8 film, collage and his subjects’ own words and handwriting — presents a deeply human narrative perspective on the societal change in post-war New Haven. His narrative can be both heartbreaking and searingly angry: heartbroken about the injustice of poverty, and angry about why it is so. Goldberg is the local, born in New Haven in 1953. He says that as a child in Edgewood Elementary School, he remembers “standing up and clapping when the sons of Model City came in because they were the great hope, because their fathers and mothers were the great hope.”

Then, of course, the hope of the Model City was hope torn asunder for Goldberg, like many others. “There was a sense of betrayal on a personal level in my family because my father’s business had to be relocated because of the building of 91,” he says, adding that his father’s wholesale candy distributor was a dying business. “It was being replaced by big-box stores and there was no need for people like my father in the candy business.”

The big-box stores and the highways fed into one another, as those who had left the city for the suburbs cared less about what happened in places like New Haven. Goldberg’s story provides the narrative arc for the first chapter of Candy, with subsequent chapters incorporating the stories of two other sons of New Haven: one a son of a New Haven Black Panther, another a son of a member of the Communist Party.

Wylie’s compositions are taut and controlled. If there are people in his photographs, they are usually dwarfed by his real subject matter: the mammoth overpasses of I-91 and I-95 that slice up sections of the city.

Photo by Donovan Wylie from his collection A Good and Spacious Land.

The Northern Ireland-born Wylie has, for the last decade or so, trained his lens on military architecture. He is fascinated by spaces of control, surveillance and confinement: prisons and British Army watchtowers in Northern Ireland, NATO military operating posts in Afghanistan, and Cold War-era missile-detection systems in the Arctic.

Wylie says that he initially came to New Haven with a mind to photograph the decaying gun factories that had once powered New Haven’s economy, but was struck by the architecture of the highways.

“What I found fascinating about being in New Haven was the idea of New Haven, the idea of Connecticut,” he says.

Wylie began to see that the highways are “so integrally linked to that philosophy and that mythology, and how people carried the weight of that mythology as well as the concrete would.”

A Good and Spacious Land takes its name from the story of Moses and the burning bush. In Wylie’s New Haven, the cover photograph places the biblical story under a 91 overpass. “It’s kind of an Irishman trying to figure out what America is about,” Wylie says.

While the two volumes in the beautiful set use radically different photographic techniques, they complement each other well. Looking at one volume after the other forces a readjustment of perspective, and a new interpretation of the same physical spaces and the histories that created them.

“The whole project is underpinned by ideas of history and myth, and that inevitably is all about conflict,” Wylie says.

The photographs in both volumes are accompanied by poems and essays from Christopher Klatell and Laura Wexler, who provide some historical and narrative context for the photographs in the book. Pamela Franks writes the introduction.

The two-volume set was launched on June 15 in conjunction with an exhibition of both photographers’ work at Yale University Art Gallery, 1111 Chapel St., New Haven. The set can be purchased at the gallery’s bookstore or online.

* Michael Lee-Murphy is a Belfast-born, New England-raised, Quebec-Schooled reporter and writer. He is a staff writer at Connecticut Magazine, writes the blog A Furious Return to Basics, and tweets at @mickleemurph.