The streaming platform has just revealed its holiday lineup of movies and shows for 2020. 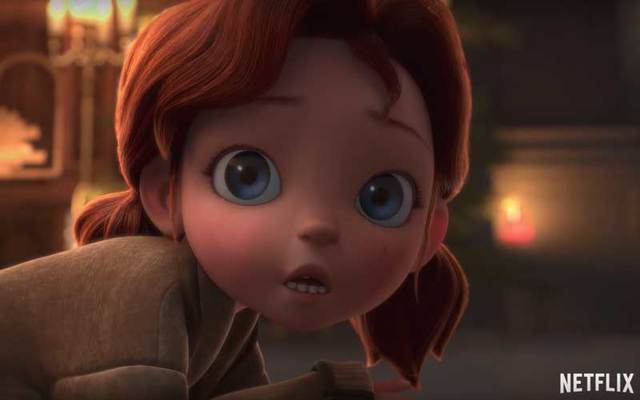 The streaming platform has just revealed its holiday lineup of movies and shows for 2020, including the follow-up to the 2018 animated holiday special "Angela's Christmas."

Inspired by a story from Frank McCourt, the Irish author of the Pulitzer Prize-winning memoir "Angela’s Ashes,” the Christmas tale is set in Limerick in 1914 and sees little Angela take the baby Jesus from a church crib to keep him warm.

The sequel will revisit seven-year-old Anna and her family for a brand-new holiday adventure.

According to Brown Bag Films, "Angela's Christmas Wish" is a heart-warming tale of a determined little girl who sets out to reunite her family in time for Christmas.  it is a tender and funny story about the importance of family and togetherness.

Writer and director Damien O’Connor said: “We are thrilled to share the news about our upcoming Netflix Special Angela’s Christmas Wish. One could say our wish came true, in getting to carry on the Angela’s Christmas legacy with this new special.

"The team at Brown Bag Films worked so hard to create another magical and heartwarming family film for all to enjoy this Christmas. And we really hope that Angela’s new tale warms the hearts of families around the world for many years to come!”