"The Good Nurse" tells the story of Amy Loughren, a nurse working nightshifts at Somerset Medical Center in New Jersey who played a vital role in the capture of Charles Cullen, who is believed to have killed more than 400 victims. 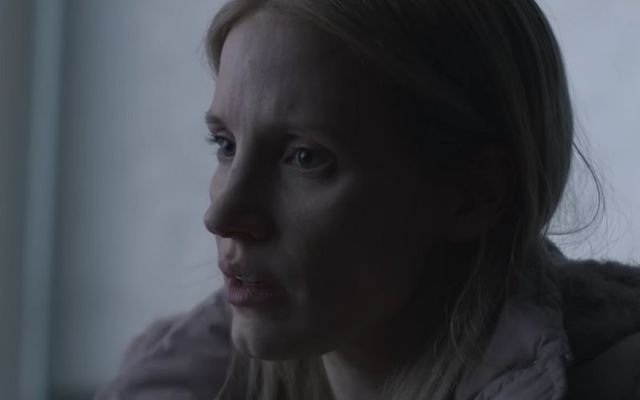 A new Netflix film explores the role of a brave Irish-American nurse in the capture of one of the most prolific serial killers in US history.

Released in September, "The Good Nurse" tells the story of Amy Loughren, a nurse working nightshifts at Somerset Medical Center in New Jersey who played a vital role in the capture of Charles Cullen, who is believed to have killed more than 400 victims.

Cullen, who grew up in a working-class Irish Catholic family in New Jersey, became a nurse in 1987 and married his wife soon after. The couple divorced in 1993 and it is believed that Cullen killed his first victims during his marriage.

He worked in several hospitals and nursing homes, quitting several jobs over allegations of misconduct. On one occasion, he was fired from a hospital for hiding heart medicine in a bin marked for the disposal of needles.

On another, an elderly patient complained that Cullen kept coming into her room and giving her injections even though he wasn't her assigned nurse.

Cullen murdered patients using digoxin, a drug routinely used to treat people suffering from an irregular heartbeat or heart failure. However, the drug is lethal in large doses. He also injected patients' saline pouches with insulin and other drugs.

Cullen arrived at Somerset Medical Center in 2003 to help manage the work overload.

Loughren, who was working nights at the time to help qualify for health insurance, quickly formed a friendship with Cullen, who she saw as a kind man.

Cullen supported Loughren by helping to cover up her cardiomyopathy diagnosis and also helping her to care for her two young daughters.

However, things started to unravel for Cullen after arriving at the hospital.

Florian Gall, a reverend being treated at the hospital who had shown encouraging signs of improvement, died of a massive heart attack and was found to have lethal levels of digoxin in his system.

Investigators determined that Gall's death was caused by an unauthorized dose of the drug.

Investigators reached out to Loughren, showing her the drugs that Cullen had been ordering. She immediately "knew that he was murdering people".

"There were so many withdrawals of lethal medications that you wouldn't order unless you wanted to kill someone," Loughren told CBS at the time of Cullen's arrest.

Loughren helped investigators by collecting evidence at the hospital and wearing a wire during conversations with Cullen. She also said she attempted to manipulate him into a confession.

When he was finally apprehended, Cullen admitted to between 30 and 40 murders, although the true number of his victims is believed to be above 400, which would make him the most prolific serial killer in US history.

He told investigators that he administered lethal doses to put "very sick" patients out of their misery.

Loughren said she was "proud" to see the film but added that it acted as a "trigger" for how much time she spent with Cullen.

"I was pretty terrified every day and I held that together," she told Sky News.

"The things that they don't show in the film was that I was actually much more sick - and I was truly terrified of leaving my two girls behind."

"Watching Jessica play me - I allowed myself to feel proud of myself.

"It was triggering watching Charlie (played by Redmayne) because Eddie truly embodies who my friend Charlie was.

"The way that he moves, the way that he speaks, the interactions that we have, are so real. That part of it was extremely triggering."