Is the Gang going to Ireland? Stars of 'It's Always Sunny in Philadelphia' have shared some snaps from what appears to be a film shoot in Ireland. 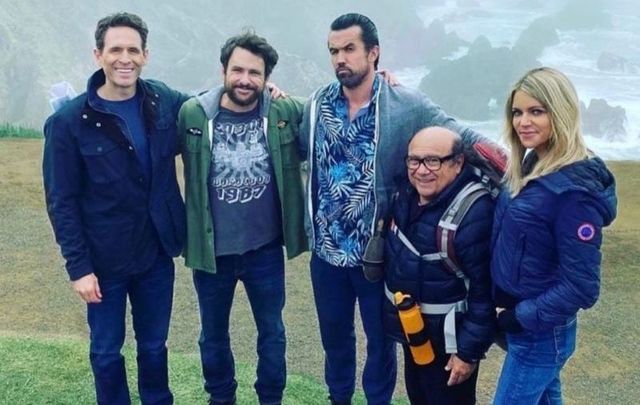 The stars of 'It's Always Sunny in Philadelphia' - Glenn Howerton, Charlie Day, Rob McElhenney, Danny DeVito, and Kaitlin Olson - in what appears to be Ireland. @robmcelhenney, Instagram

It’s Always Sunny in Philadelphia, but judging by recent posts from the show’s stars, it’s always a bit foggy in Ireland.

It appears that the stars of ‘It’s Always Sunny in Philadelphia’ are filming on location somewhere in Ireland after Instagram posts from stars Kaitlin Olson and Rob McElhenney.

The posts come roughly a month after MovieExtras.ie posted an "urgent" casting call for a "Danny DeVito double" ahead of the show filming in Dublin.

The following day, Olson’s co-star and real-life husband Rob McElhenney shared his own post with a simple caption - a shamrock emoji:

This isn't McElhenney's first jaunt to Ireland. In 2019, he shared this heartfelt post on Instagram at the end of his Irish visit, thanking "the thousands of people on the shores behind us that made this one of the best weeks of my life. You made feel like I was home."

The show, which began airing on FX in the US in 2005 and now runs on FXX, is now the longest-running live-action comedy series in American television history. The cast has been sharing snaps from the filming of season 15.