The 15-year-old Co Cork singer was subjected to online abuse after Justin Bieber claimed she was ignoring racism. 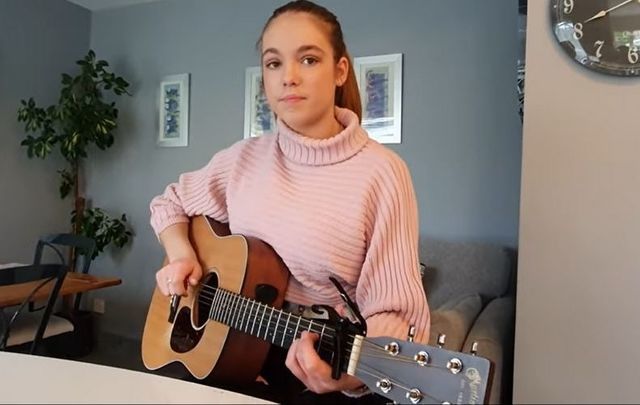 The 15-year-old from Co Cork said she thought "I can't win" after Justin Bieber, 26,  publicly commented on her Instagram page that she was ignoring "the racism that fills the globe" because she hadn't posted about Black Lives Matter.

Allie, who just recently released her first album "A Part of Me," then became the subject of abuse from online trolls, Extra.ie reports.

Allie said that she had posted about racism before Bieber's comment, but was forced to remove the post from her Instagram following the reaction she received.

Speaking on the Six O’Clock Show on Virgin Media, she explained: "So I was there like, ‘Oh my God I can’t win.'

"On Instagram there was a lot of negative comments after Justin Bieber commented, people were like: 'Justin Bieber is right.'"

Allie said that she was "taken aback" by Bieber's scolding because she had previously been DMing with the Canadian singer as the two had spoken about making music together when she was in the US.

"Fine by Me" (original) by Allie Sherlock This is a song I wrote myself about being confident and happy in my own skin.

She said she had plans to meet him before, but Bieber's scheduling issues saw the meeting cancelled.

"I was really taken aback. The thing is I did post about the Black Lives Matter because I think it’s very important.

"I had to take the post down because other people were commenting that I shouldn’t be posting about it and stuff like that.