The special holiday episode will air on BBC One on New Year's Day. 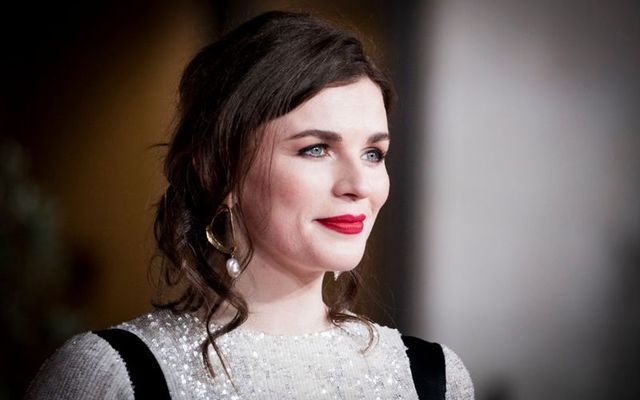 Bea, who is known for the series "Living with Yourself" and "This Way is Up," most recently appeared in "Home Sweet Home Alone," a reboot of the Home Alone franchise.

It was announced that the Irish comedian will next appear in the "Doctor Who" holiday special.  The upcoming episode of "Doctor Who, Eve of the Daleks" will also include Irish actress Pauline McLynn and actor Adjani Salmon, who previously starred in the miniseries "Dreaming Whilst Black."

"Following the explosive series finale of 'Doctor Who: Flux,' The Thirteenth Doctor (Jodie Whittaker) and friends Yaz (Mandip Gill) and Dan (John Bishop), will kick-start 2022 with an action-packed spectacular episode set to air on BBC One on New Year's Day," said the BBC.

According to Evoke.ie,  Aisling Bea  will play the owner of a storage company in the festive episode.

The synopsis for the New Year's Day show reads: "Sarah (Aisling Bea) owns and runs ELF storage, and Nick (Adjani Salmon) is a customer who visits his unit every year on New Year's Eve.

"This year, however, their night turns out to be a little different than planned as they find themselves joining forces with the Doctor, Dan and Yaz in a fight against the Daleks."

The Irish comedian shared the exciting news on her Instagram, writing: "This will be a very fun family watch special episode on New Year’s Day of the new year in which I’m hoping every new strain of the variant is exterminated forever."

It is unknown at this time what part "Father Ted" actress Pauline McLynn will play in the "Doctor Who" episode.

Speaking about the holiday special, showrunner Chris Chibnall said: "We all need a little romance in our lives around New Year. Less so, Daleks.

"But Aisling Bea and Adjani Salmon's characters will have to deal with both in a New Year's Eve from Hell. Together with Jodie Whittaker's Doctor, it'll hopefully prove the perfect New Year's Day tonic."

The episode will also air on BBC America on New Year's Day, heading to AMC+ afterward and then HBOMAX, according to HiddenRemote.com.

Watch the trailer of the "Doctor Who" New Year's Day special below: