Thousands of volunteers give their time to make GAA the success it is - ahead of the Croke Park final Guinness celebrated their hard work. 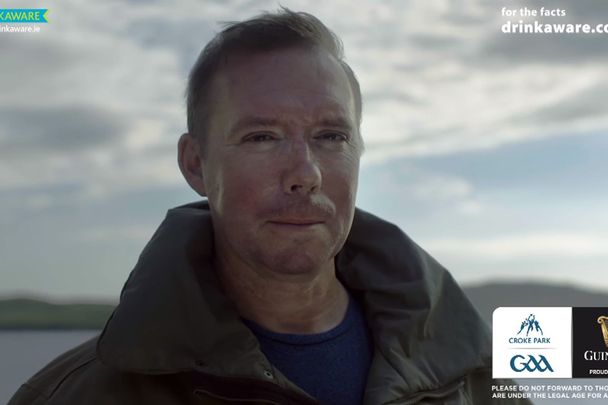 Around Ireland, thousands of volunteers give their time to make GAA the success it is - ahead of the Croke Park final Guinness celebrates their hard work

This Sunday (Sept 17) Dublin takes on Mayo in the biggest GAA day of the year - the Senior Football All-Ireland championships, preceded by the Minor final between Derry and Kerry. Ahead of the big match Guinness paid tribute to the thousands of volunteers around Ireland who make the Gaelic games possible.

Guinness launched its latest TV advertising campaign, 'Behind Every Great Town'. The captivating film celebrates the everyday GAA volunteers, who willingly give their time in communities across Ireland all year round.

From mowing the pitch and setting out sideline flags to raising money and keeping clubs funded, this heartwarming new video from Guinness celebrates the very best of the GAA community spirit and the volunteers who dedicate their time all for the love of their club. Read more about the fantastic volunteers here: http://bit.ly/2vSOjnd

Posted by IrishCentral.com on Thursday, August 10, 2017

From mowing the pitch and setting out sideline flags to raising money and keeping clubs funded, this heartwarming new video from Guinness celebrates the very best of the GAA community spirit and the volunteers who dedicate their time all for the love of their club.

The advertisement features four-real GAA volunteers from Castlegregory, County Kerry, Inishbofin, County Galway, Slaughtneil, County Derry and Ongar, Dublin 15. Together, they represent the thousands of people throughout the Island of Ireland who find enrichment, enjoyment and a sense of community by immersing themselves in their local GAA club.

Inishbofin Islander Simon Murray, and those before him on the Island, have a dedication and conviction to succeed, having been affected by the people leaving their neighboring island Inishark in 1960. Although the island does not have a club team that regularly plays in competition, their GAA pitch is a physical symbol of their identity.

Commenting on their GAA pitch, Simon said, “We used to kick ball down in a commonage area called Duach and it just wasn’t good enough. When you are soloing a ball and dodging rabbit holes, that’s when you need a pitch. With first thought about having our own pitch in the early nineties. It took five or six years to get a site, planning permission and fundraising and another two years to develop it. We just needed somewhere to have proper training, to play a few challenge matches every year and feel like a proper team. We have the asset now and we want to keep it as its best. If you have a handful of willing people to drive it on the rest will follow. One of the core reasons our pitch was done was to build for the future. I remember the day the posts went up at each end and I was standing there saying to myself, ‘yeah, we now have our football pitch’.

Simon is also one of the founding members of the All-Islands Gaelic Football Tournament which takes place every September since its inception in 1998. It brings nine off-shore islands together to a different Island annually in what has become the social and cultural event of the year for Islanders, and this year, Inishbofin is hosting the weekend tournament.

Simon said; “Having the All-Islands Gaelic Football Tournament coming back to Bofin this September is a huge personal sense of achievement. One of the core reasons for it was to give a platform to connect with other Islanders and share ideas. Islanders have a commonality in that we don’t have a lot of things that they have on the mainland and, therefore, have to fight for everything ourselves. Things like having a pitch on an island makes you stronger as a community. I have no doubt the tournament will stay going for years to come because it’s a real symbol of identity and a way to show pride of place.”