An ambitious digitization initiative of the Library of Trinity College Dublin’s most valued collections was launched earlier this year. 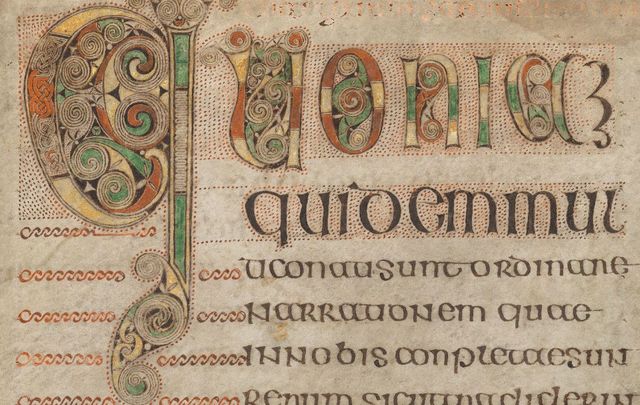 Using the most advanced technology the Library’s new Digital Collections platform will showcase the breadth of the Trinity Library's most prized collections, ranging from precious manuscripts to scientific papers.

The Library of Trinity College Dublin is joining other world libraries, such as Oxford, Cambridge, and Harvard that are collectively enabling access to patrimony and cultural heritage.

Virtual Trinity Library is opening up the collections of the largest library in Ireland catalyzing research and safeguarding the iconic treasures of the Library for generations to come. This is critical for the survival of the historic collections built up over more than 400 years. The project is part of the University’s philanthropic campaign, “Inspiring Generations”.

The Virtual Trinity Library program is centered on the Library of Trinity College Dublin’s most prized collections across nine categories:

Europe’s Diverse Heritage: from Ussher’s Library to the Fagel Library

Trinity academics will lead research in each of the themes, reflecting the University’s broad spectrum of research and ranging over Humanities and Science collections.

All of the digitized collections will be accessible online and will be preserved for the long-term in the Library’s Digital Collections Repository.

A centerpiece of the Virtual Trinity Library will be the conservation and digitization of Trinity’s collection of medieval manuscripts, with funding from the Carnegie Corporation of New York.

On the launch of the Virtual Trinity Library, the 12th President of the Carnegie Corporation of New York, Vartan Gregorian spoke with Helen Shenton, Trinity Librarian & College Archivist discussing Creating a Virtual World Library for our Cultural Heritage

This video is well worth viewing. They reminded us of Argentinian writer Jorge Luis Borges quote, “I have always imagined that Paradise will be a kind of library”.

They discussed how free access to libraries, both physical and virtual, can allow people “to travel” while sitting at home. From 1981 to 1989 Gregorian served as president of the New York Public Library (NYPL), a network of 87 public libraries. He put NYPL firmly back on its financial feet. The NYPL allows library-goers to borrow books without any fees or being asked to produce an ID card. Hence, continuing in the spirit of Andrew Carnegie, Gregorian delights in flinging open library doors of knowledge to those, who may need it most. He perceives libraries as the most tolerant of institutions, “secular cathedrals” and books as instruments of liberation.

In my youth in Dublin, my mother brought us to a library in Capel Street Dublin (1884-1983), which had a great children’s section. Little did I know that library was paid for by the £170,000 Andrew Carnegie (1835-1919) donated for the building of 66 libraries in Ireland. Carnegie, a Scottish immigrant to the US, an industrialist, and a renowned philanthropist became a household name throughout the world.  Sixty-two of those libraries built in Ireland thanks to his generosity have survived to the present day! (I learned to read from a book borrowed from Capel Street library, called “Tales of Mother Goose”, an English translation of French man Charles Perrault’s 1697 book of Fairy Tales). I was delighted to learn that the link with philanthropist and visionary Andrew Carnegie continues through Vartan Gregorian and the generosity of the Carnegie Corporation of New York, (one of the Donators for Virtual Trinity Library.

Gregorian said how delighted he was that Virtual Trinity Library had been launched and that the “diaries” of Ireland, would be preserved. “If the collective memory of a nation is not preserved, or eliminated, there is no past…” He also feels that on a global basis Irish Ancestry is of such interest and especially in the US.

Helen Shenton mentioned how the physical Trinity library is the very heart of Trinity and outside of Covid is open 24h per day. The Trinity College harp (also known as "Brian Boru's harp") is on display in the famous Long Room located in Trinity’s Old Library building. Steeped in heritage, the Long Room is also home to the Book of Kells and over 200,000 of Trinity’s most ancient books.

The Virtual Trinity Library website will allow people to have a huge knowledge of humanity at their fingertips. The website is literally “a feast”!