Professor Kerstin Mey became the first woman to be President of an Irish university when she took over from Professor Des Fitzgerald on an interim basis in September 2020. 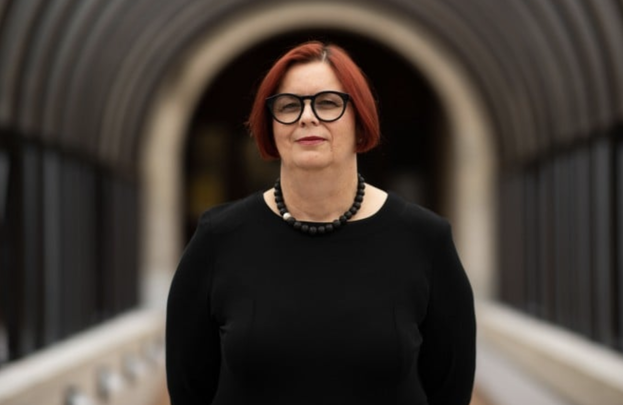 The University of Limerick has appointed German academic Professor Kerstin Mey as its president on a ten-year term.

Mey became the first woman to be President of an Irish university when she took over from Professor Des Fitzgerald on an interim basis in September 2020.

Her permanent appointment was approved by the University of Limerick (UL) governing authority on Friday following the termination of an international recruitment process that was launched earlier this year.

Mey had previously served as UL Vice President and Professor of Visual Culture at the university. She also previously held roles at the Westminster School of Media, Arts, and Design and at the University of Westminster, London.

She has been at the forefront of efforts to curb the spread of COVID-19 on the UL campus, joining garda patrols to ensure that staff and students are compliant with public health regulations.

UL Chancellor Mary Harney said that Mey was a "worthy appointee" and commended her for leading the college through a challenging period.

"She has more than demonstrated her capacity for leadership in her interim role as president and brought great pride to the entire UL community as the first female president of an Irish university," Harney said.

Mey said that she was "honored" to be appointed to the role and said that planned to lead the university through the "next decade of its advancement".

She added that she wanted the university to capitalize on UL's "heritage as pioneer, entrepreneur, and disruptor" and said that the university would play an integral role in transforming the social, economical, and ecological landscapes of the Mid-West region.

Mey is now one of three women at the head of Ireland's seven traditional colleges after Finnish native Professor Eeva Leinonen was appointed President of Maynooth University last week and Professor Linda Doyle was elected as Trinity College's Provost in April.