Prof. Linda Doyle has been elected the 45th Provost of the University. 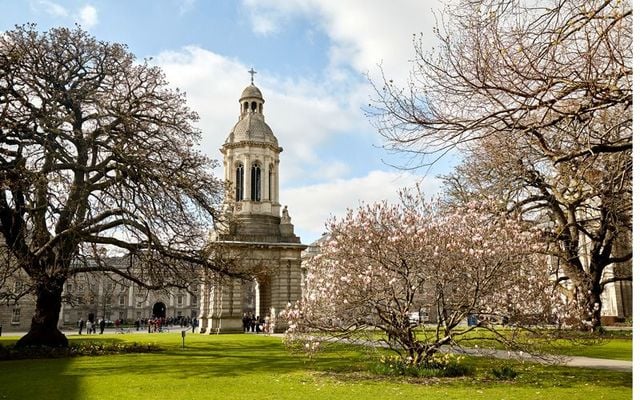 Trinity College Dublin has named its first female provost to lead the university in its 429-year history.

Linda Doyle, Professor of Engineering and the Arts, has been elected the 45th Provost of the University.

The online election took place among the 860 full-time academic staff on Saturday morning from a shortlist of three female candidates:  Linda Hogan, Professor of Ecumenics and former vice-provost; Jane Ohlmeyer, Professor of Modern History and the university's first vice-president for Global Relations; and Prof Doyle.

Prof Doyle said she was “exhilarated to take on this role and to be part of this historic development in Trinity’s history.

“Trinity is an extraordinary institution filled with exceptionally talented staff and students but I believe we can set our ambitions for it even higher.

Congratulations to Professor @LindaDoyle 45th Provost Elect of Trinity College Dublin and the first woman to hold the role in the University’s 429-year history. #TCDProvost2021 pic.twitter.com/BnS03z1eDF

Doyle will take over from the current Provost, Dr Patrick Prendergast, on August 1, and will serve a term of 10 years, reports The Irish Times.

The Provost is responsible for leading Trinity in achieving its core mission in education, research and innovation.

Doyle, who is from Cork, studied electrical engineering at University College Cork and completed a Master’s and PhD at Trinity.

She was a founding director of Connect, a Science Foundation Ireland national research center for Future Networks and Communications.

Doyle  joined the university’s academic staff in the mid-1990s, reports The Independent.

She is a former dean of research at Trinity and chairs a number of boards including the Douglas Hyde Gallery.

Doyle said she was “utterly delighted and excited” about being the first woman in the role.

“I saw somebody say earlier that I was making history. Trinity has an amazing past, but it is also a very forward-looking place. Being the first woman means taking the best from the past and looking forward in a new direction,” she said.

Trinity College Dublin was established by Queen Elizabeth I in 1592. The first female student entered the university in 1904.