The mesentery was long thought to be a structure made up of multiple separate parts but has now been shown to be a continual organ. 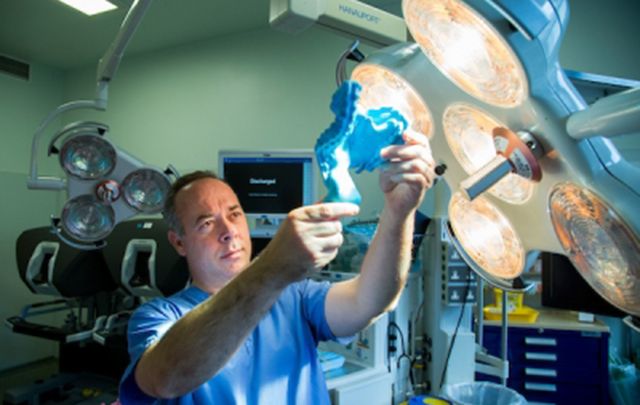 An Irish professor from the University of Limerick (UL) has discovered that we’ve been carrying around one more organ than we thought, even prompting a rewrite in the world’s best-known medical textbook, “Gray’s Anatomy.”

Since the time of Leonardo da Vinci, it was believed the mesentery, which connects the intestine to the abdomen, was a fragmented structure made up of multiple separate parts, but J. Calvin Coffey, Professor of Surgery at UL’s Graduate Entry Medical School, is now arguing otherwise.

“In the paper, which has been peer reviewed and assessed, we are now saying we have an organ in the body which hasn’t been acknowledged as such to date,” Professor Coffey revealed.

In a review published in November 2016 by renowned medical journal “The Lancet Gastroenterology & Hepatology,” Professor Coffey presented evidence that the mesentery is, in fact, one continuous structure, changing its categorization to that of an organ, and in turn, identifying a whole new area of science concentrated on research of the mesentery organ.

Mesenteric science could now be developed as a completely separate field of science such as gastroenterology, neurology or coloproctology.

Although it was first discovered that the mesentery was a continuous structure back in 2012, it is only now that there is enough evidence to conclude the structure can be classified as an organ of our digestive system.

A brand new organ has been found in the body. https://t.co/0uHNg6TnSX pic.twitter.com/p73Asy8zRW

“During the initial research, we noticed in particular that the mesentery, which connects the gut to the body, was one continuous organ. Up to that it was regarded as fragmented, present here, absent elsewhere and a very complex structure. The anatomic description that had been laid down over 100 years of anatomy was incorrect. This organ is far from fragmented and complex. It is simply one continuous structure,” Professor Coffey explained.

“This is relevant universally as it affects all of us. Up to now there was no such field as mesenteric science.”

The next step? To discover what exactly its function in the body is, which has not yet been established.

"Whether the mesentery should be viewed as part of the intestinal, vascular, endocrine, cardiovascular or immunological systems is so far unclear," the findings said, "as it has important roles in all of them."

“Now we have established anatomy and the structure. The next step is the function,” stated Coffey.

“If you understand the function you can identify abnormal function, and then you have disease. Put them all together and you have the field of mesenteric science … the basis for a whole new area of science.”

Why this new human organ called mesentery is so important pic.twitter.com/fVJnEPQFxj

“When we approach it like every other organ … we can categorize abdominal disease in terms of this organ,” Coffey said.

While da Vinci was among the first to provide a depiction of the mesentery, it was the findings of Treves in 1885 that were to be the basis of medical literature over the course of the next century. By his analysis, the structure now classed as an organ was depicted as being disconnected.

“Gray's Anatomy” has since been updated to reflect the new classification of the mesentery.