Shocking quotes from college website. The drunk Irish cliché is being carried on into the next generation. 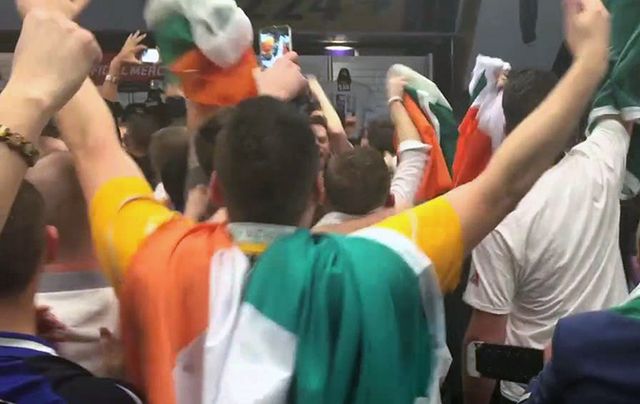 TFM magazine writer Wally Bryton was not pulling his punches about the disgusting Irish supporters he saw after the Mayweather fight. He called it the “scariest night of his life.” TFM is a website aimed at college kids with 6 million viewers a month.

Guess we don’t have to worry about the drunk Irish cliché being carried on to the next generation after this.

Bryton saw the Irish outside the arena after the fight and was not impressed.

“Do you have any idea what an angry Irish person is capable of?... Hell hath no fury like a bunch of angry Irish people.... After Floyd won, they should have put all the Irish people in cages and let them cool off for a night or two. Maybe drug them and let them sleep for a week. But to just let them pile out of the arena and back into the public? Horrific.”

Bryton says as he watched the flight in an Irish bar “On top of that, I got to witness the effects of the angry Irish firsthand on a smaller (but still terrifying) level. I didn’t feel like shelling out a hundred bucks for the fight, so I watched it at a local bar. But I made one fatal mistake: I watched the fight at an Irish pub.

“The atmosphere was electric and enthusiastic for the first few rounds. But by the time it was over, the rage in the room was palpable. Keep in mind – these Irish guys were already drunk. But the anger, disappointment, and Irish genes drove them to drink even more...

“People kicked chairs. They yelled at the TV screens. They desperately started to try fist-fighting each other because it was a Saturday and that’s what Irish people do on Saturdays. I feared for my safety. It was easily the most frightening experience of my life... I hadn’t seen this many angry drunk Irish people since the previous time I was around Irish people,” he concluded.