Ten farmers and one artist from the Dingle Peninsula are teaming up for an unusual project that sees them looking at the climate emergency. 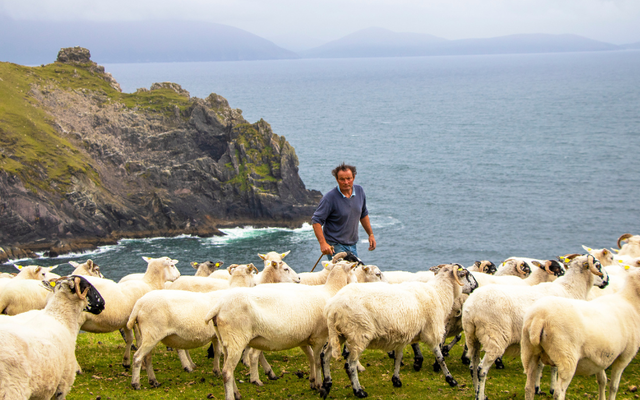 A group of farmers from County Kerry are participating in an unusual project to tackle climate change by working alongside a creative artist.

This article is proudly presented with Dingle Hub. They bring together innovative people who want to build creative and inclusive communities across the Dingle Peninsula (or Corca Dhuibhne as it is known locally and in the Irish language), where they lead projects that aim to ensure it remains liveable and sustainable.

"Corca Dhuibhne Inbhuanaithe – A Creative Imagining",  based on the Dingle Peninsula is just one of several projects happening across Ireland that are using an artistic approach to illustrate and make the changes needed to fight the climate emergency. Ireland's Climate Action Fund provides financial support to projects which will help achieve the country's climate and energy targets.

The Dingle project is focused on a group of ten farmers who since the start of the year have been learning ways they can make their work in agriculture more sustainable. The group are working with Lisa Fingleton, an artist selected to become 'embedded' with the group, visit their farms and listen to their challenges in order to find sustainable solutions together. 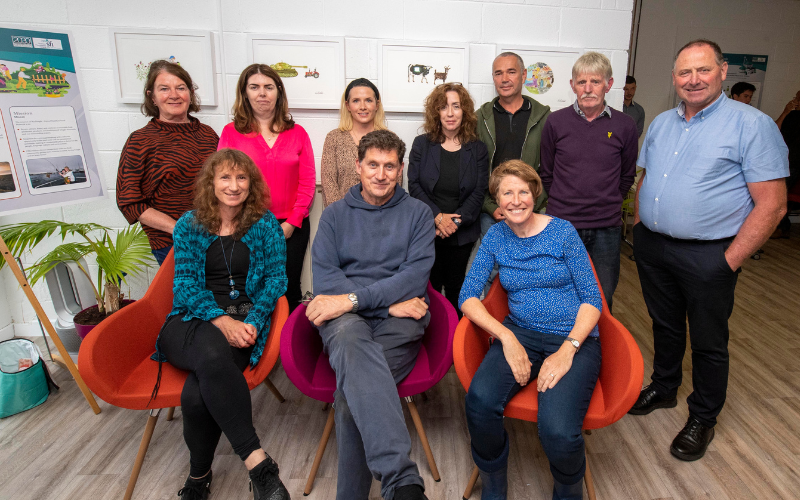 Some of The "Corca Dhuibhne Inbhuanaithe – A Creative Imagining" team meet Eamon Ryan (Ireland's Minister for Environment, Climate and Communications and Transport) (center)

The group has learned from other farmers and agricultural businesses who have already taken action to be more environmentally friendly. Earlier this year they visited an organic beef farmer (Tommy Reidy of nearby Stradbally) who raises Dexters, a rare but increasingly popular breed of cow which places fewer demands on the land and are hardy enough to overwinter outside on the land.

The project is managed by Dingle Hub, working with research partners MaREI and Catríona Fallon of the Green Arts Initiative in Ireland.

"The idea was that a creative project might just spark people’s imagination in a way that a standard webinar or information session mightn’t be able to do," says Catríona. "There was this perception that there is an increasing divide between environmentalists and farmers and we wanted to address that.

"A part of the project was to cross that divide and say to society in general, that farmers are struggling hugely with climate change and what is being asked of them is enormous. It’s not like swapping a petrol car with an electric vehicle, it’s much more complicated. Most of the farmers involved have been working this way for generations."

One of the families involved in the project is part-time hill sheep farmer Pádraig O’Dowd and his wife, Sharon O'Sullivan. Much of Pádaig's farming practices already have a positive impact on nature but as a family, they were interested to learn more about how they could help. 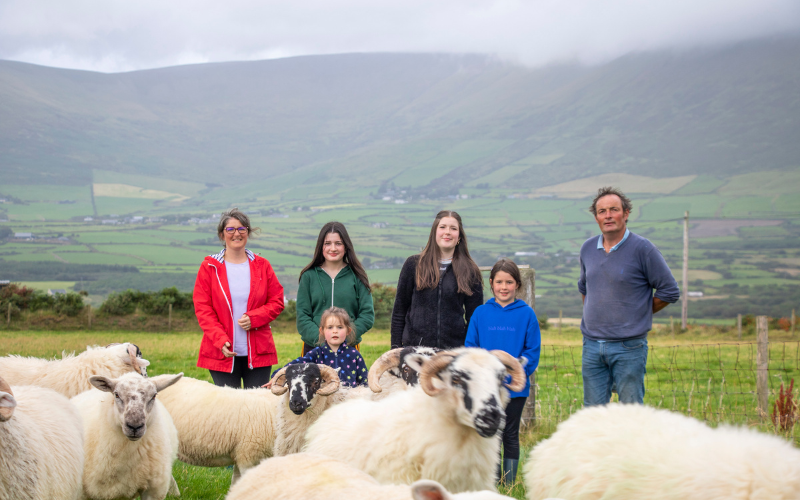 Sharon O'Sullivan (Left) and Pádraig O'Dowd with their family on their sheep farm in Kinard, Dingle Peninsula. Credit: Mossy Donegan

"I wanted to get involved because I would have done a lot of environmental science studies in college and I would have a huge interest in things like biodiversity and the land," explains Sharon from their home in Lispole beyond Dingle town.

Sharon says the group has gotten a lot of inspiration from the organized bus trips they've taken to see other agricultural practices around Ireland. A particularly striking moment was a story told to them by Limerick dairy farmer, Gearóid Maher.

"His lightbulb moment was that one day he started spraying weedkiller at the bottom of the field because that’s what was always done. Suddenly all these butterflies emerged and came against him and he thought, ‘If I spray this, where can the butterflies go?’ He has totally changed his outlook on farming because of that one moment and he said to us, 'I’m not farming for nature, I’m farming with nature," recalls Sharon.

Throughout the project, artist Lisa Fingleton has been producing a creative reflection of the group's journey. The drawings and other artistic expressions echo the ideas communicated between the farmers. These interpretations record the learnings of the group and the hope is that they further inspire climate actions on their land and possibly diversify into other practices.

In a recent presentation to the group, Lisa included this image of Gearóid and the kaleidoscope of colorful butterflies emerging from the greenery. "It was incredible to see that she has been noticing the exact things I’ve seen. Her drawings were the soundbites I would have taken away from the experiences," says Sharon.

Reflecting on the main aim of the project, Catríona says, "It’s really about empowering people, we’re saying 'here is what someone else is doing, what do you think?' and that sparks a conversation amongst the farmers themselves. These are problem solvers, that’s what farmers are." 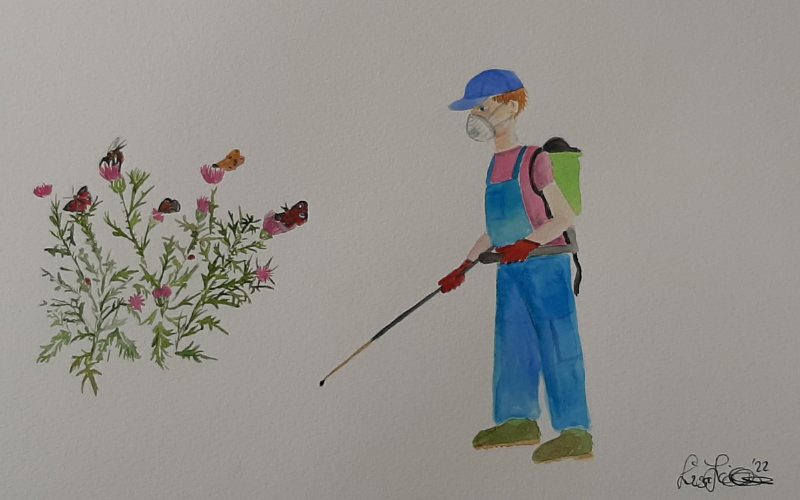 "Where will they go? (The moment everything changed)" Lisa's illustration of Gearóid and the butterflies the day he intended to spray weedkiller on nettles. Credit: Lisa Fingleton