Ever wondered what The Crown's real events looked like? Now you can find out 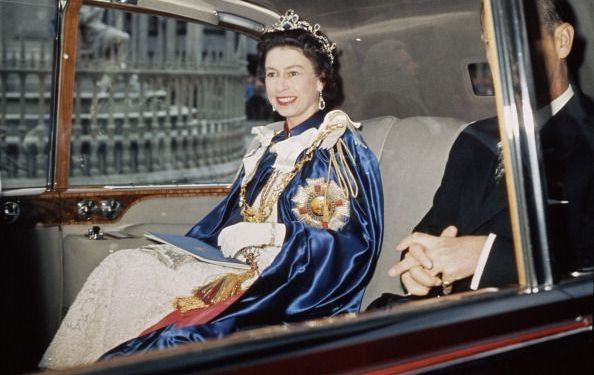 Queen Elizabeth II and Prince Philip attend a service for the Order of St Michael and St George at St Paul's Cathedral, London, 24th July 1968. The Queen is wearing the Star of the Order, which bears the motto 'Auspicium Melioris Aevi'. Getty

Ever wondered how true to life the events in The Crown are? Well, now you can find out for yourself.

British Pathé, one of the leading sources in Royal footage and historical documents, have compiled a series of period news reports that chronicle the real-life events that are seen in The Crown, and other similar shows.

This particular episode looks at the decade of British history that is showcased in The Crown, and really gives us an insight into what life was like for the Royals at that time.

Pathe describes their "The Real Events” series as utilizing period news reports in order to chronicle the true-life stories behind new and classic feature films and television series, such as The Crown. Rarely has history been so tangible as in this instance, so sit back and enjoy this fascinating watch.

Have a look at the footage below, courtesy of British Pathe:

British Pathé's newsreels are an incredible resource of history newsreel footage from around the world dating as far back as 1910.

"Before television, people came to movie theatres to watch the news. British Pathé was at the forefront of cinematic journalism, blending information with entertainment to popular effect," the archives explained in a statement released with this latest "Real Events."

"Over the course of a century, it documented everything from major armed conflicts and seismic political crises to the curious hobbies and eccentric lives of ordinary people. If it happened, British Pathé filmed it.

"Now considered to be the finest newsreel archive in the world, British Pathé is a treasure trove of 85,000 films unrivaled in their historical and cultural significance."