Astounding views as man paraglides the length of Ireland 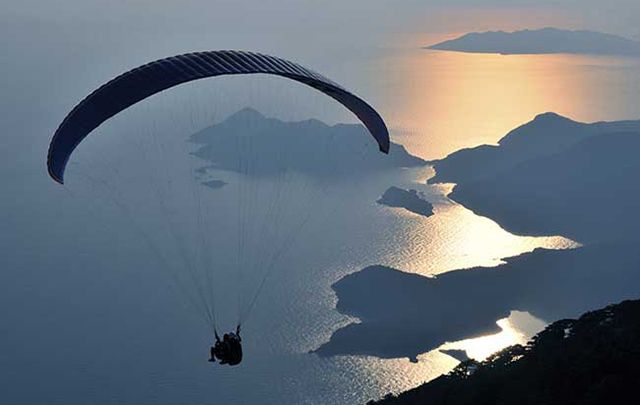 Soaring to heights of over 10,000 feet at speeds of up to 55mph Kerryman Mike O’Shea became the first person in the world to fly the length of Ireland, from Mizen Head in County Cork, to Malin Head in County Donegal, using a paraglider, in 2014.

Fighting strong winds he completed his 366 mile / 590 kilometer journey between Sunday, May 18 and Wednesday, May 21 of 2014. His route took him past Inch Beach, County Kerry, the Cliffs of Moher, County Clare, and Ben Bulben Mountain, in Sligo, to name but a few beautiful sights.

O’Shea’s daring feat was made possible by Vodafone Firsts program.

He told Joe.ie, “Becoming the first person to paramotor from Mizen to Malin has been a personal ambition since I first took up this sport.”

Paramotoring, or powered paragliding, involves a small motor and propeller worn like a backpack by the flyer, under a paraglider wing.

O’Shea, from Dingle, County Kerry, told the Irish Examiner, “I’ve achieved many things in my life, but this certainly ranks up there with the best of them. And the great thing is that I can also share it with anyone who wants to watch.”

He began his career as an adventurer at the age of 13 when he climbed the highest peak in Ireland, the MacGillcuddy Reeks in County Kerry.

As well as paramotoring over Ireland he has crossed Lake Baikal in northern Russia, Chile’s north Patagonian ice cap and the southern ice cap on Kilimanjaro as part of The Ice Project. He has also attempted to reach the North Pole on two occasions.

O’Shea used Vodafone technology to stay on top of his medical condition and location, which proved especially useful while flying through clouds and rough weather.