Aoife Ní Niocaill's Gaelic football washed up in Wales and was tracked down through social media. 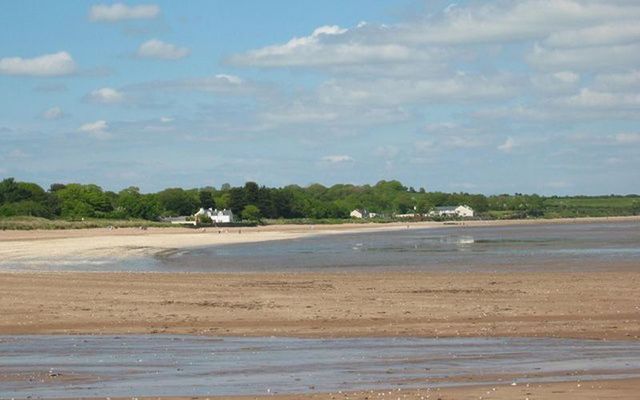 A young girl from Co Waterford is to be reunited with her Gaelic football that was lost at sea and washed up in Wales.

Aoife Ní Niocaill (10) was walking on Woodstown beach in Waterford with her brother Dara and father Ruairí when she kicked the ball into the water, RTÉ reports.

"I kicked it into the middle of a stream, and the current was too strong and it took it out too far for me to get it," she said of the football, which had her name written on it.

The ball was soon carried out to sea.

A week later, Aline Denton, an environmental conservationist, was walking along Llanrhystud beach in west Wales picking up litter. She found the ball and was about to put it in the trash bag when she saw the name written on the ball.

"I just happened to see this ball and I was about to put it in the bag, and I suddenly saw Aoife’s name, and I knew it was an Irish name, I could see the GAA logo so I thought this has obviously come across from Ireland."

If anyone knows Aoife Ni Niocaill, her football’s just washed up on Llanrhystud beach - west Wales! Wonder how long it’s...

Later that afternoon, she posted photos of the ball to her Facebook page.

Just five hours later, Aoife’s father got a message from a friend saying he found the post on Facebook.

Ruairí Mac Niocaill then posted a comment on the Denton’s post saying: "I’m Aoife’s dad! She's 10 years old and she lost her ball on Woodstown Beach in Co Waterford last Sunday. It went in the water as the tide was going out and all we could do was watch it drift away."

"I showed her the picture you posted, she thinks she's famous now!"

"Everyone was delighted to know who this Aoife was, and of course some people were interested in what sort of biro she used to write her name, that has survived so long in the water," he said.

Denton promised to mail the ball to Aoife.

She said: "I am going to post it, but I have been deliberating 'is it an essential journey?’ So I’m waiting until I need some milk."