The Pop-Up Gaeltacht movement started in Dublin and quickly spread around the world, offering up monthly social occasions for Irish-language speakers to get together and enjoy a pint. 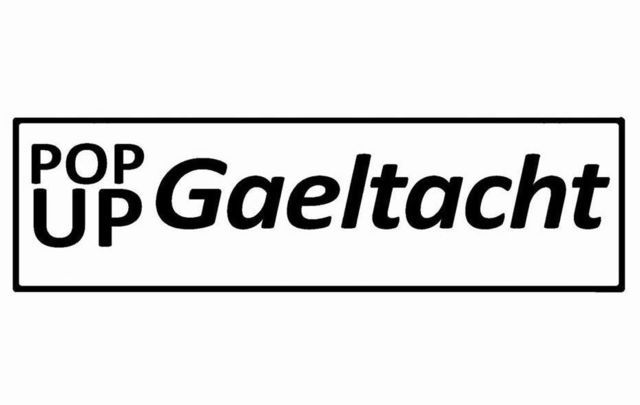 Pop-Up Gaeltacht has quickly spread around the world and now you can visit it live!

Join IrishCentral as they visit a Pop-Up Gaeltacht in New York.

What is a Pop-Up Gaeltacht you ask? Well, in Ireland, the name given to a region of the country that is Irish-speaking and where a majority of Irish-language speakers live is the Gaeltacht and some enterprising young Irish speakers in Dublin decided to start up their own.

Sick of hearing the same old excuses that the Irish language is dead and that nobody is speaking it, two friends, Peter Kavanagh and Osgur Ó Ciardha, decided to take to Dublin's pubs to prove all the nay-sayers wrong.

Marketed as a chance to meet up with a few friends, have a few pints, and solve the world's problems over them through Irish, the first one was held just last December and it wasn't long before it became a national and international phenomenon.

Just for example, the monthly Pop-Up was held in Dublin this evening and look at this crowd who turned up to use their cúpla focal in Irish and to enjoy each other's company while using the language.

And that's just tonight in one place in the world. New York happened to hold the second ever Pop-Up Gaeltacht, taking it international immediately, and now on their third gathering, IrishCentral is popping along to see what all the fuss is about.

Join us as we go live from William Barnacles Tavern at 8.30 pm (EST) tonight (Thursday, October 26) to speak to the learners and Irish speakers about Pop-up Gaeltacht and why they love it so much.

Meet the Irish speakers of New York City as IrishCentral joins a Pop-Up Gaeltacht live to discover more about the language and its learners in the US.

Posted by IrishCentral.com on Thursday, October 26, 2017

Beatha teanga í a labhairt! (The life of a language is in speaking it!)

You can find out more about the Pop-Up Gaeltacht movement here.

Have you attended a Pop-Up Gaeltacht before? Let us know what you thought and whether you'd like to organize one yourself.