With regular political life at a stalemate amid the ongoing Covid-19 crisis Arlene Foster has taken it upon herself to learn Irish. 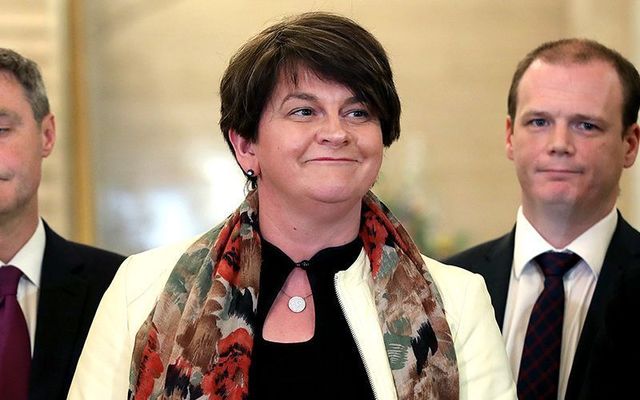 With regular political life at a stalemate amid the ongoing Covid-19 crisis, it has emerged that the leader of the Democratic Unionist Party in Northern Ireland, Arlene Foster, has taken it upon herself to learn Irish.

“You may now call me ‘Airlín Ní Chothaigh’”, quipped Foster when she was interviewed on Good Morning Ulster on BBC Radio Ulster this morning.

When pressed on why she decided to learn Irish, Ms. Foster said that with more time on her hands due to the ongoing Covid-19 lockdown, she took it upon herself to purchase a four-week online course in learning Irish from online language tutorial website, Rosetta Stone.

Read more: April Fools! Some of the best pranks in Irish history

During the interview, she also indicated that she intends to spend a number of weeks at the Connemara Gaeltacht this Summer, where she will immerse herself fully in the language.

This isn’t the first time Arlene Foster and her party have signaled their warming towards Irish.

Addressing her party conference in Belfast in October last year, Ms Foster said the Irish language and unionism were ‘not incompatible'

"Whilst many focus on Ulster-Scots and unionism, let me be clear, it is not incompatible to be an Irish language speaker and a unionist - indeed there might even be one or two here today,” she said.

The party has found itself in controversy in years over their miss-treatment of the language. DUP MP Gregory Campbell, once faced an assembly ban for refusing to apologize for parodying Irish during a Stormont sitting by saying, "curry my yogurt".