Here at IrishCentral, we've compiled a list of the top ten regional jokes in the country. 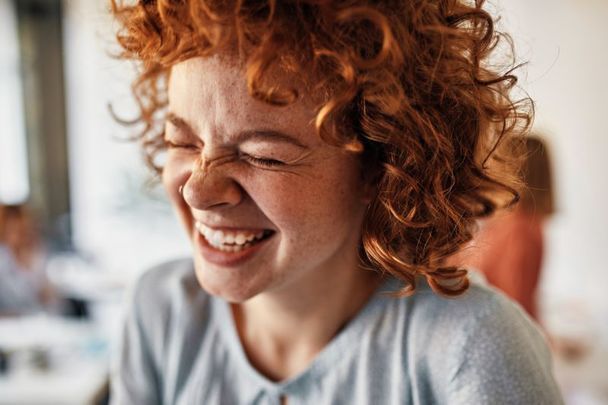 Have a laugh on us! Getty

Regional jokes are part of the staple of Irish life, pitting country folk against city slickers and smart alecks against native wit.

Here are the top ten we have compiled:

People from this county are allegedly especially flinty and careful with their money.

- Where does a Cavan father bring his kids on Christmas Eve?
To Santa’s grave.

- Why does a Cavan man get married in a farmyard? So the hens can eat the rice.

- How was the Grand Canyon formed? A Cavan man dropped a nickel down a rabbit hole.

- A Cavan man and his wife were at the fair and a pilot was offering a free flight to anyone who would stay quiet while he did loop the loops in the small plane. If they screamed it would cost $50.

- The Cavan couple climbed on board and the pilot did his worst to complete silence from the back of the plane.

- Finally, he landed and he complimented the Cavan man on the two-way radio for staying quiet.
“Ah now, I nearly shouted when the wife fell out," the Cavan man replied.

Ireland’s smartest rural county with a reputation for cleverness.

Question asked of a Kerry man:

- “Is it true when you ask a Kerry man a question he answers by asking another?

Kerry man: “Who told you that”?

- The Kerry man told his friend he’d invented a spaceship to go to the sun:

“But you’ll burn up its way too hot.”

“No problem we’ll go at night,” the Kerry man replied.

- Two Kerry men got lost on a dark night and stumbled into a graveyard.

“Where the hell are we,” said one.

“No problem I know by this signpost,” said the other looking at a gravestone, “it says 'Miles from Dublin'”

- An unpopular Kerry man died and the priest could get no one to say a kind word. Eventually, after an awkward silence, a little man at the back of the church volunteered and said. “His brother was worse”

- Cork people are said to have high opinions of themselves as in “Help, help, my son the doctor is drowning.”

- A brick on a Cork man’s head is called “an extension.”