Now here's something you don't see every day in the Land Down Under! 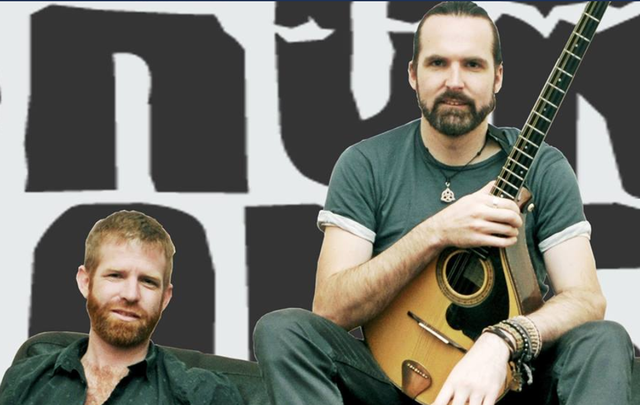 Now here's something you don't see every day in the Land Down Under!

Irish trad group, The Broken Pokers, were warming up on a train in Perth on route to their gig at The Albion in Cottesloe.

Commuters were shocked to hear the band freely playing their traditional tunes, and some onlookers can be heard asking "where are you guys from?!"

Trad on the train

Irish-born Niamh Campbell, who has lived in Australia for over 30 years, told Independent.ie that the impromptu performance was "lovely" and she recorded it on her cell phone.

"We are all getting so used to traveling on public transport with headphones on and faces looking at phones. It was amazing to see everyone engaging with the band and each other, and not a phone in sight - apart from mine," she said.

The Broken Pokers band started in 2011 by Derrick Buckley.

According to the group's website, the Perth-based musicians play an incredible 250 gigs a year across Western Australia.

"The Broken Pokers are a one-way ticket to Partytown," the website writers.

"We play a rollicking mixture of Irish drinking songs, ballads and traditional tune sets as well as fun Irish takes on pop and folk tunes from around the world."

The band is comprised of Buckley on the guitar and Irish bouzouki, Toby Anning on the bodhran and 'foot tambourine', and Ben Christiansen on either banjo, mandolin, or tin whistle.

Find out more about the band here.