Creepy, unexplained disturbances have been caught on camera at a Cork school that dates back to the 19th century. 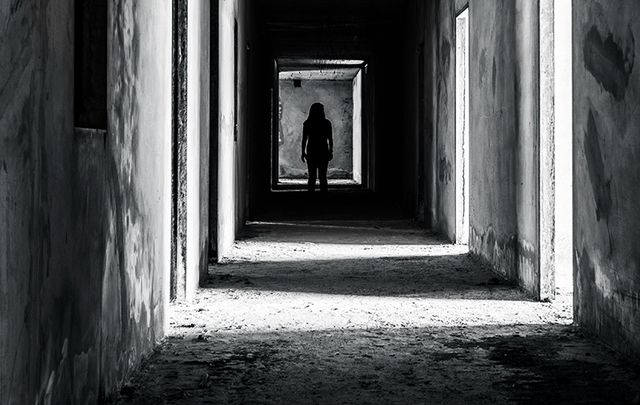 A screenshot of the CCTV footage seemingly showing the handiwork of ghosts haunting Deerpark school in Cork.

A school in Ireland dating back to the 19th century has seemingly captured ghosts on their motion-activated cameras.

The mysterious CCTV footage from Deerpark school in Cork shows a door opening and closing on its own, furniture rocking back and forth, and a locker flying open and spilling paper.  Towards the end of the video, a wet floor sign is violently knocked over by invisible forces.

Principal Kevin Barry said: “Obviously we were alerted to movement in the school and when we went back to review the movement that's what we saw.

“It was in the middle of the night. We're bemused ourselves, we don't know [what it is]. 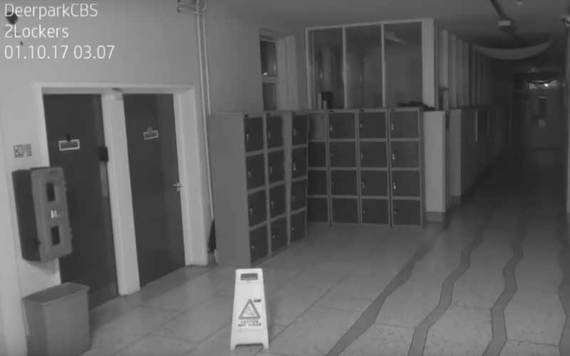 Screenshot of school locker rocking back and forth on its own accord. Credit: YouTube/DEERPARKCBS

“We do feel there is something strange going on because people do get from time to time a real chill in the air when they go past that area," said Barry,  according to the Daily Mail.

“It's very interesting – one of my teachers brings his pet in with him but the pet never wants to go down that way.”

Of course, it could be a “very well-designed prank,” he said.

“I’m a skeptic myself but we said we'd throw it up on our Facebook page, simply because we don't know is this a prank or what? Is somebody playing games with us?

“It's a very old building, going back a number of years and it's got a lot of history.

“People in old buildings are always hearing noises and strange sounds, but this is the first time we've actually caught something.

“We'd often come across papers strewn about but we were never able to say what it was, we just assumed it was students that were doing it.”

Barry said no other motion-activated cameras leading to that corridor have been triggered.

“Because we have motion-sensor detectors now, we should have been able to detect other people coming towards that area on the other cameras, and we haven't been able to.”

The video has since gone viral with well over 3 million views. Many commenters have said they think the whole thing is a hoax, especially since the school is hosting  a Halloween event called 'FearPark' on October 29.

Watch the creepy footage and tell us what you think – is this the work of  a very active poltergeist or just some sort of elaborate prank?