This year's Christmas commercial from Supervalu in Ireland will pull on your heartstrings thanks to a touching and unexpected twist. 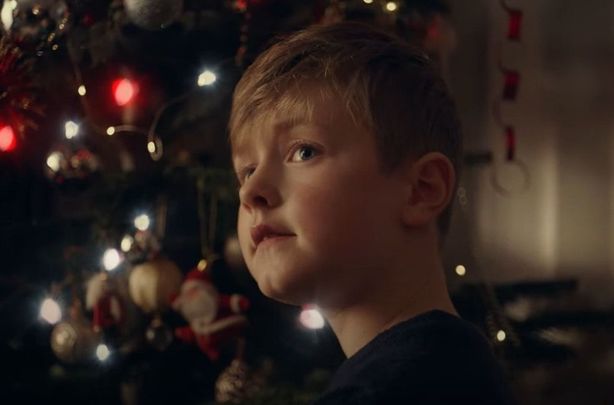 An Irish supermarket's Christmas commercial will pull on your heartstrings this Christmas Eve thanks to a touching and unexpected twist.

Supervalu launched its new Christmas advertisement on Wednesday, which centers around a young boy named Conor, who seems worried about whether Santa will be able to come this year due to COVID-19 restrictions.

"Is he still coming this year?" the perturbed child asks his mother, who reassures him by saying "of course he is."

The following scene shows Conor writing what appears to be a letter to Santa followed by a scene where he appears to be laying out milk and mince pies on Christmas Eve.

Then comes the big twist. It was not Santa Conor was worried about, after all. Instead, it was his grandfather, who arrives on Christmas Eve amid COVID-19 restrictions.

The pair share an endearing hug in a scene that would bring a tear to a glass eye.

Christmas may be a little different this year but we all know who makes it extra special. Whether you’re keeping old traditions or making new ones we all love a magical Christmas. You just have to Believe……..

Check out our Christmas advert ⬇ pic.twitter.com/P3xmNiRahr

The commercial has garnered widespread attention on social media, with hundreds of people claiming that it made them emotional.

"Ah Jesus lads, that got me. Christmas was always my grandparent arriving before I went in to see if Santa had arrived. Well played, lovely ad," said TodayFM presenter Declan Pierce.

"Oh @SuperValuIRL this is amazing so many Irish families will feel this, over Christmas love it," said one Twitter user.

"Tell me the ad agency I need to run up and smack them for instantly reducing me to tears," said another Twitter user.

It's fair to say that Supervalu's commercial is the one to beat this Christmas.