Study reveals that living near a pub makes you happier

Oxford University finds that the friends you make at your local beat technology hands down. 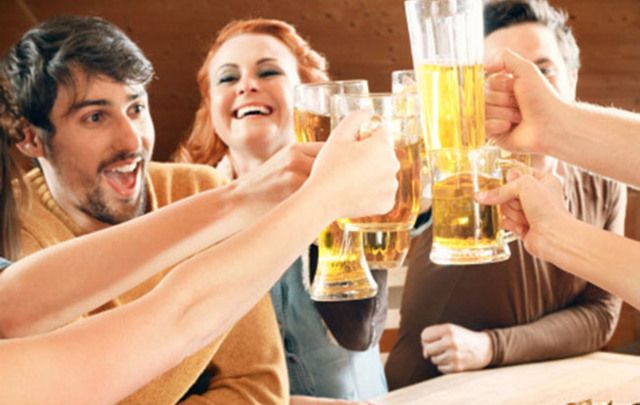 Oxford University find that the friends you make at your local beat technology hands down. Getty images

As if we needed another excuse to head to the pub for one (or two) and escape the cold, research from Oxford University has revealed that a trip to your local will make you happier.

Yes, we’ve almost reached the end of dry January and although we wouldn’t want to steer you away from those amazing, healthy, good habits you’ve maintained throughout the first few weeks of the year *ahem*, if you feel like a pick-me-up after all of that exercise and healthy eating, the pub may be the best option.

Conducted on behalf of beer advocacy group Campaign for Real Ale (CAMRA), the Oxford University study has shown that living close to a pub can make you “significantly” happier.

Read more: Is this one of the best Irish pubs in America? The Irish Times thinks so

Trips down to the local will not only leave you with better life satisfaction but also with an extra friend or two as, needless to say, a little Dutch courage helps you make new friends with those propping up the bar alongside you.

Conducted in Oxfordshire in England, an area where you’ll find a good English equivalent of a nice Irish pub, the study found that the face-to-face interaction with others in your area that the pub can offer results in the maintaining of greater friendships when compared to keeping in contact via phone or online.

According to Prof Dunbar @UniofOxford we need more pubs close to where we live and work - let's cheers to that! #pubswellbeing

Professor Robin Dunbar of Oxford University, said: "Friendship and community are probably the two most important factors influencing our health and wellbeing.

"Making and maintaining friendships, however, is something that has to be done face-to-face. The digital world is simply no substitute.

"Given the increasing tendency for our social life to be online rather than face-to-face, having relaxed accessible venues where people can meet old friends and make new ones becomes ever more necessary.”

All in moderation, of course. The research also found that living in close proximity to a pub you visit often will result in you drinking in moderation, avoiding the hangover and the inevitable “fear”—the complete opposite of any form of happiness.

If you’ve missed out on the magic of an Irish pub until now, don’t worry. We’ve put together the perfect lists of great Irish pubs all over the US, the top old pubs in Ireland, the best Irish pubs the world over, or you could even try this pub in Ireland that only opens on one day a week!

You may want to check out our pub etiquette guide before you go in, too!