How people around the world celebrate St. Patrick's Day

How did you celebrate St. Patrick's Day? 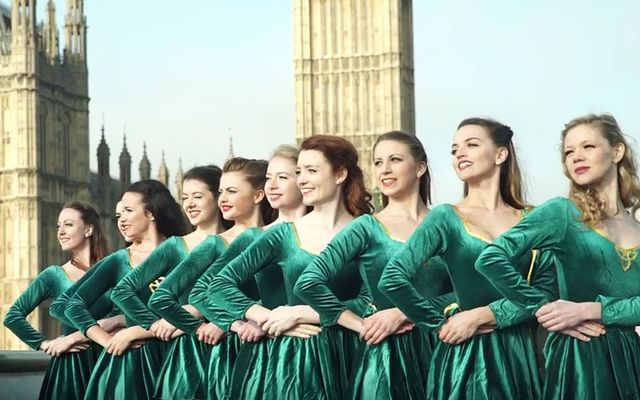 St Patrick's Day is a global celebration and we can't wait for the Irish to take over again this March 17.

The world shows up to revel for Ireland every year on March 17, with parades around the world, famous landmarks going green as part of Tourism Ireland's global greening initiative, songs sung, green clothes and accessories worn with aplomb, and many pints held aloft in cheers.

To get us in the spirit of things, here's a look back at some of the wondrous St Patrick's Day celebrations from 2017.

St. Patrick's Day parades may have originated in the US, but Dublin made up for that in no time - turning their parade into a swirling dream of color, music and pageantry. IrishCentral was there to live-stream the parade.

IrishCentral was live at Dublin's St. Patrick's Day Parade. Thank you to our readers from all over the world for watching. Keep up-to-date with all this Paddy's Day here: http://irsh.us/2lueZ5v

The oul place scrubbed up well - highlights from Dublin's #StPatricksDay Parade. Hope you've all had a great day. pic.twitter.com/7WPq6TdEfn

Live from the St Patrick's Day Parade in New York City! Not a snake in sight! 🇮🇪🍀

Attendees at the parade tell us what today means to them.

Ireland's Taoiseach (Prime Minister) Enda Kenny also stopped by One World Trade Center to flip a switch that would turn buildings across the city green for Paddy's Day.

Irish dancers took over the city!

In Chicago, the river was dyed green as is tradition, and the parade wound through the streets.

What a great Friday in New Orleans a #StPatricksDay second line outside @TU_SocialWork #followyournola pic.twitter.com/CZKgO8UAiZ

The parade is set for the @ShortestStPats Parade in the world. pic.twitter.com/rAeqLU9bmr

Thousands of spectators and participants braved the heavy rain for the #StPatricksDay Parade in Galway City. (Vid: Joe O'Shaughnessy) pic.twitter.com/rAoRUW8stu

And here's the view from out of this world, by NASA:

Happy #StPatricksDay Celebrating with a wave of green aurora that @Astro_Jeff was lucky enough to see in person during his 2016 mission. pic.twitter.com/hnwvCEXwUk