They fight like each other, upright old fashioned stance, toe to toe with opponents. 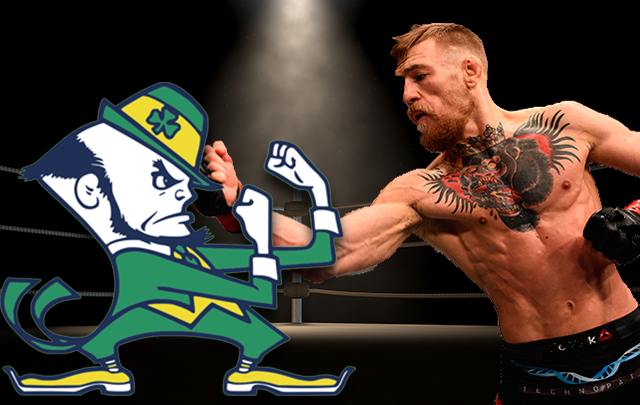 Do you think there's a resemblance between Big Mac and the Fighting Elf? Kelly O'Connell

Yes, they do look like each other, Conor McGregor and the Notre Dame leprechaun, as spotted by UFC CEO Dana White.

He told “Esquire” magazine: “McGregor, who is also extremely Irish, has an upright stance when he fights, a style that is both entrancing to watch and almost comically traditionalist.

"He looks exactly like the Notre Dame logo," says White, the president of the Ultimate Fighting Championship, referring to the university's ornery bare-knuckled leprechaun.

He’s right. There are at least six ways Big Mac and the Fighting Elf resemble each other too.