Sinn Féin are getting with the times with their TikTok-friendly take on the famous republic slogan. 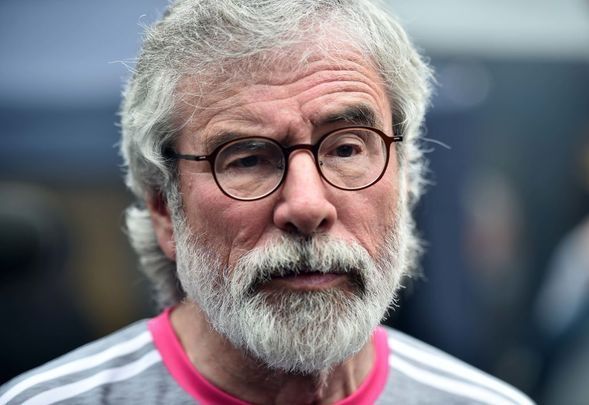 Gerry Adams served as Sinn Féin President between 1983 and 2018. Getty

The short clip was followed by a famous scene from the US Office where Steve Carrell encourages his co-workers to "stay calm" as he manically runs around the workspace.

Sinn Féin jumped on the TikTok bandwagon on May 18 in an attempt to reach out to younger voters and provide "light relief".

The party's first post on the video-sharing app was a co-ordinated video featuring some of Sinn Féin's most high-profile politicians, who outlined the party's policy objectives.

"We want to talk to you and listen to you, about things that matter most to you," Sinn Féin politicians say in the party's first TikTok post.

"We want to hear your ideas about a new Ireland, a better and a fairer Ireland, a united Ireland."

♬ Send Me on My Way - Vibe Street

Sinn Féin was not the first Irish party to join the increasingly popular social media site.

Fianna Fáil and Labour have been posting videos since last year, while Fine Gael TDS such as Simon Harris and Leo Varadkar also use the app to engage with younger audiences.