Scared of driving in Ireland? You won’t believe this road

A shocking Facebook video shows a horribly rundown road in rural Ireland, covered with countless potholes and flooded with water. 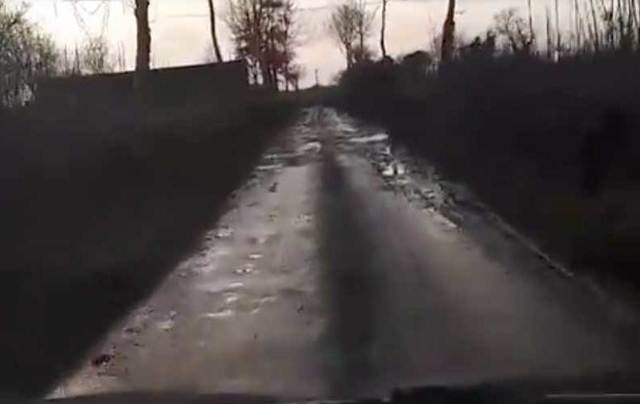 If you aren't already terrified of driving in Ireland, you will be after viewing this video. The shocking Facebook video shows a horribly rundown road in rural Ireland.

Adrian Reynolds from Killeigh, Co. Offaly shared his footage of trying to drive down the crumbling road, which is covered with countless potholes and flooded with water.

Read More: America has a third world infrastructure to match our new politics

“In Ireland we drive on the left of the road, but here we drive on what’s left of it,” the Irishman posted to Facebook.

The number of potholes on Irish roads were recently described as an “epidemic” by Motorcheck Ireland.

The Irish Post reports that earlier this week, Transport Minister Shane Ross announced a €417m ($520m) investment program this year for regional and local roads. Most of the funding will be spent on road maintenance with only €50m ($62m) for improvements and repairs.