This Riverdancing baby will put a smile on your face 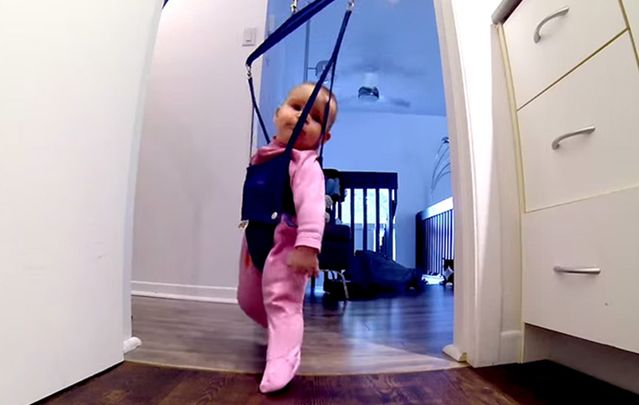 Kali of the Dance Sébastien Hamel/YouTube

Meet Kali Jazz. She may not be able to walk yet, but boy can she dance. The Irish-dancing protégé, from Québec, showed off her natural talent to the world and became a YouTube sensation

Kali loves her Jolly Jumper and naturally, as proud parents, Kali’s parents like to film her while she goes for a spin. Following a pretty energetic Jolly Jumper session, Kali’s Dad decided to edit the footage and the results are adorable.

The video has already received over one million views on YouTube and the fledgling dancer’s talents have been so well met that she even has her own Facebook page. I think we can consider this her audition tape.