How many predictions did Old Moore’s Almanac get right in 2018? 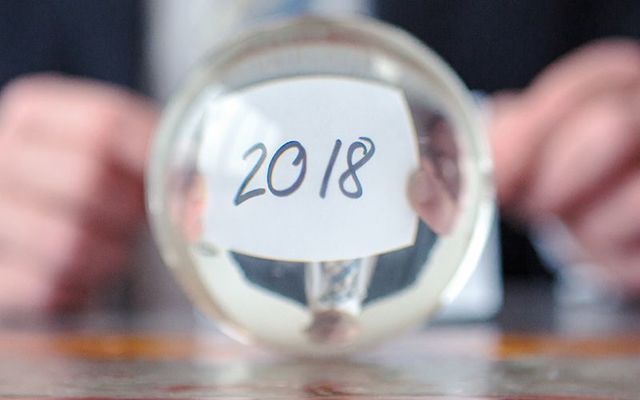 What did the Old Almanac get right in 2018? Getty

Old Moore’s Almanac, a much-loved Irish institution, has been published annually since 1764. We take a look back at his 2018 website predictions to see which ones came true

Over the course of its 255-year history, the magazine has intrigued and fascinated readers with its amazingly accurate predictions.

The predictions in Old Moore’s Almanac cover everything from celebrities and politics to economic trends and weather events. Old Moore (as we affectionately call our in-house psychic) also gives us predictions to publish on our website every year.

Today we’re looking back at his 2018 website predictions to see which ones came true:

An easy one to start off with – it seems to be par for the course these days that we’ll suffer these events every year. Nevertheless, 2018 was one of the most active hurricane seasons on record in the Northern hemisphere. Sadly, there were devastating earthquakes in Indonesia as well as two magnitude 7.0+ quakes in Alaska. It was a year of record-breaking heat, which brought drought, crop damage, and fierce wildfires.

In Ireland, we even had ferocious weather of our own during 2018: the ‘Big Snow’ of late February. Some areas endured blizzard conditions, a rare event here – usually a few inches of snow is a novelty. The country shut down for three days, but the real crisis took hold when shops ran out of bread and milk, triggering many hilarious memes.

Prediction 2: Scientology will face serious hurdles and scandals in Ireland

The Church of Scientology was the subject of an RTE documentary in December. It revealed that the organization (with just 87 members here at the last census) doctored promotional videos to give the impression of a much higher membership to new recruits. In November, the Irish Times published a story about a dispute between the Church of Scientology and Irish planning authority An Bord Pleanála. The dispute involved a controversial Scientology drug rehab center, the building of which was near completion when its planning exemption was revoked.

Prediction 3: Antarctica in the news again in 2018

Another one in the bag for Old Moore, although a worrying one for the welfare of the planet. It emerged last year that glaciers in East Antarctica, previously thought to be relatively stable due to freezing sea temperatures, are melting.

While wildfires in Australia are nothing new, 2018’s wildfire season made international news. Their record-breaking severity saw them spread to areas not previously affected.

Prediction 5: Kim Jong-Un is at risk from an inside job

While we’re not aware of any threat to Kim Jong-Un’s life, reports did reach the media last summer that he feared an assassination attempt during his trip to Singapore to meet Donald Trump. This trip was the furthest Kim Jong-Un has traveled since taking power, and as North Korea has no air force to speak of, it was necessary for him to travel on a civilian airliner, making him more vulnerable to attack.

This is a really interesting one that Old Moore nailed. In June 2018, a story broke about computers that controlled satellites in the US and South-East Asia. Apparently, they had been infected by hackers operating from computers in China.

Prediction 7: US and Japan strengthen their alliance

In September the US and Japan agreed to begin trade deal negotiations. More recently, it has emerged that Japanese Prime Minister Shinzo Abe nominated President Trump for a Nobel Peace Prize in 2018. However, it’s been claimed the nomination happened on foot of an unofficial request from the US government – so we’re not sure if this one counts or not!

It’s no secret that the Italian economy has been in poor health for some years. However, 2018 saw things take a turn for the worse. Despite a rise in the country’s borrowing costs and spiraling national debt, the newly-elected government sought to borrow more money to make good on its election promises. The second half of 2018 saw a drop in domestic demand and consumer confidence, plus an increase in unemployment.

Prediction 11: Big Ben in the news

London’s famous landmark was indeed in the news due to restoration and repair works.

A new drug-resistant superbug, capable of causing severe infection, or even death, was found to be spreading in hospitals last year, as reported in The Medical Xpress.

July 2018 brought us a blood moon eclipse, the longest total lunar eclipse of the 21st century, during which the moon took on a red hue.

Prediction 14: Crop damage and prices of vegetable and fruit rise

In Ireland, three consecutive days of sunshine is a cause for celebration. So, most of us couldn’t believe our luck while we basked in heatwave conditions last summer. But farmers and growers weren’t so happy. The high temperatures caused crop damage, and not just in Ireland but across Europe. And in the U.S., Hurricane Michael and Hurricane Florence caused billions of dollars in crop damage.

This one is a puzzle to many, but Old Moore saw it coming! Trump has maintained, even increased, his support. He started the year on an approval rating of 37.9% and ended it on 41.5% according to FiveThirtyEight.

Prediction 16: Parts of Europe will be in a drought, while other parts suffer floods

This was indeed the case. Heatwave conditions took hold across much of Europe, with temperatures in Spain and Portugal reaching highs of 116°F. Flash floods hit France in August, and October brought floods to Italy, Mallorca, France, Portugal, and the U. K.

Irishman Jacksepticeye (aka Seán McLoughlin) made it onto the Forbes Top 10 YouTube Earners list with earnings of $16m.

And that’s it, folks! Another successful year of predictions for Old Moore. We don’t know how he does it! Intrigued? Then check out his predictions for 2019.  You can find more from Old Moore’s Almanac on our website or find us on Facebook or Twitter.