Old Moore's Almanac reveals its predictions for Ireland and further abroad in 2023 - everything from the weather to the Pope to the GAA! 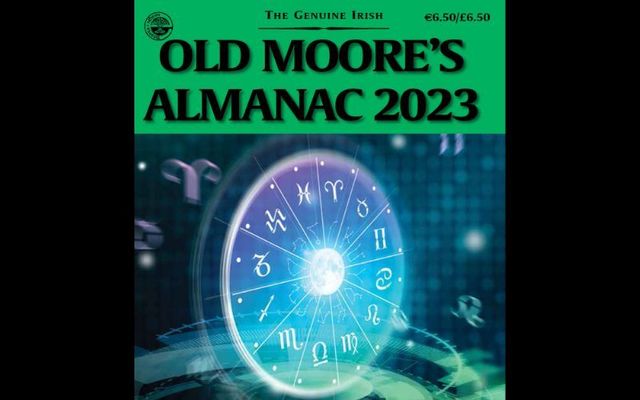 Old Moore's Almanac, now more than 250 years old, offers its predictions for the new year annually, some of which are eerily accurate, like its predictions of a ssummer heatwave in Ireland in 2022.

The 2023 edition of Old Moore's Almanac not only includes the predictions that Old Moore is famous for, but it also has some compelling and interesting articles.

For instance - Was an Irish monk actually the first person from the Western world to discover America? Can you get spiritual healing at Ireland’s Celtic mystic hotspots?

What Irish wedding traditions are we losing as other cultures encroach upon us? What will farming look like in the future?

Does the Irish education system need to be overhauled? What was the impact of Irish indentured slaves on the West Indies?

What will be the future of religion in Ireland? What rare Irish coins could you find in your attic that could bag you a fortune?

The magazine holds on to its position of having the highest circulation of any of the indigenous magazines in the country with sales hovering around 57,000 copies. It has enjoyed a revival in recent years due to its accurate predictions and its love of futurism.

The 2023 edition of Old Moore's Almanac, edited by Nicole Buckler, is now available for purchase online.

It's the announcement you have all been waiting for!!
Old Moore's Almanac is in the shops! Go forth and run to your newsagent! You can also buy it online at https://t.co/zWvrd1k8uN#oldmoores #oldmooresalmanac #almanac #psychic #psychicpredictions #psychicmedium #ireland #irish pic.twitter.com/eJ8nkfOvKT