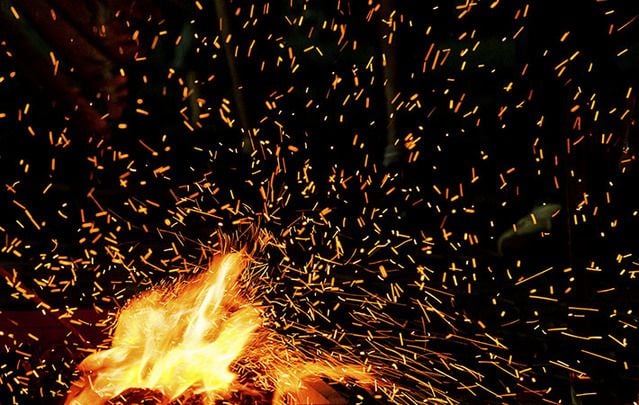 The mysterious 2010 death of an elderly man in Ireland has been named among the strangest deaths worldwide of the last 10 years.

Michael Faherty, a 76-year-old pensioner in Co. Galway, was found in his living room, burnt to a crisp. There was an open fire in the fireplace next to him, but the fire seemed to have been contained, and in addition to Faherty, the scorched areas included the floor directly below him and the ceiling above him.

Forensics showed that the fire in the fireplace was not the same as the kind that burned Faherty, and that no accelerant had been used. No foul play was suspected.

At the hearing in September 2011, the medical examiner, Dr. Ciaran McLoughlin, said, "This fire was thoroughly investigated and I’m left with the conclusion that this fits into the category of spontaneous human combustion, for which there is no adequate explanation.” He added that he had never encountered such a case in his 25 years on the job.

Spontaneous human combustion, in which a living person catches fire without any external source of fire, has long been a matter of debate. The strange phenomenon is mentioned in the Bible, as well as in works of writers such as Charles Dickens, Mark Twain and Herman Melville.

There have been more than 200 reported cases in the past 300 years.

A list of the world’s strangest deaths in the past 10 years was recently compiled by the womens’ news and entertainment site Bustle. Faherty’s death ranked at number three out of six. Among the others were cases of death by lava lamp and a weapon-toting chicken.