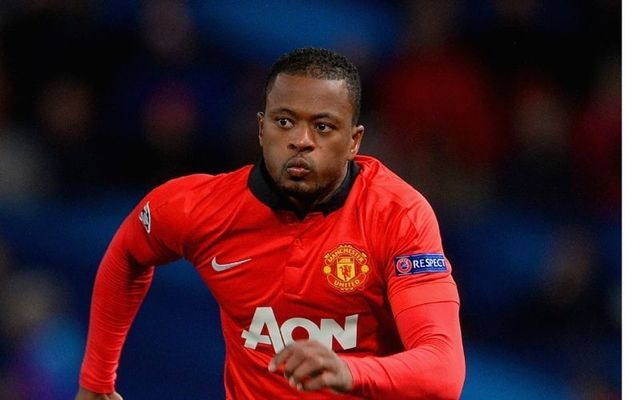 Patrice Evra in action for Manchester United in 2013. Getty

Former Manchester United and France player Patrice Evra was left "gobsmacked" by an Irish dancer's fast feet during a recent tour of Kerry.

Evra was touring Kerry with "A League of Their Own" stars Freddie Flintoff, Jamie Redknapp, and Romesh Ranganathan and encountered former Kerry minor footballer Tomás Ó Sé when the group stopped in Krugers Bar in Dún Chaoin last Tuesday.

Ó Sé, who works at the bar, struck up a conversation with Evra during a filming break and told him of his Irish dancing skills, prompting the former Manchester United player to ask for a demonstration.

Ó Sé did not shirk from the challenge and gave Evra and his 8.3 million Instagram followers a quick demonstration, leaving the Frenchman looking wide-eyed and amazed.

"He was gobsmacked by it," Ó Sé told the Kerryman. "He said that he’d never seen anything like it and he said that if footballers could move their feet that quick, it’d be a huge benefit to them."

The former Manchester United player shared the footage on his Instagram story on Tuesday afternoon, turning Ó Sé into a local celebrity,

"My phone kind of froze up from the whole thing. It was just hopping. The Instagram was just going crazy, the phone was just red hot!

"It’s an experience that I’ll never forget," he added.

Evra and the "A League of Their Own" panel were touring West Kerry to film for the upcoming season of the hugely popular sports panel show and Ó Sé recounted how they attempted to herd sheep at Dún Chaoin Pier.

"There’s a famous picture of sheep being herded up the pier and the lads were back re-enacting that. There was a bit of a competition between the lads about who could get the sheep up the quickest. I’d say now there’s a few sheep gone astray after it," Ó Sé told the Kerryman.

Evra later posted a video on Instagram showing his attempts to herd a flock of sheep while at sea.