Innisfree USA opened its first branch of the Korean skincare and cosmetics store in Union Square, New York, this week. 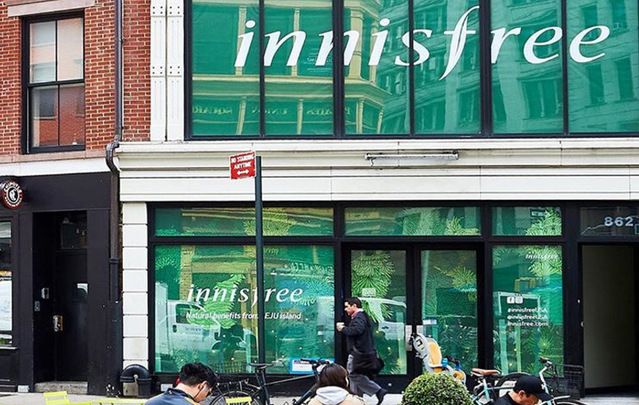 Why is this Korean beauty superstore Innisfree named after a W. B. Yeats poem? Instagram/InnisfreeUSA

Korean budget beauty brand Innisfree, which opened its first US store this week, took its name from a poem by Irish poet W. B. Yeats.

The popular Korean beauty brand Innisfree opened its first US store in New York this week, but it wasn’t just their green tea serum, orchid eye cream, or volcanic masks that caught our attention when the Union Square establishment flung open their doors.

No, while beauty bloggers were fawning over the Korean superstore’s $2 face masks, we were wondering how beauty chain Innisfree, which has over 1,600 stores across Asia, came to have a name that is so stereotypically Irish.

A Korean friend once told me they see slight similarities between Irish and Korean stereotypes – namely that we’re super Christian and love our mothers – but I was curious as to how this extended to the naming of the country’s largest beauty brand after the uninhabited island within Lough Gill in County Sligo which inspired one of Irish poet W. B. Yeats’ most famous poems.

“Our name is inspired by William Butler Yeats’  ‘The Lake Isle of Innisfree’, a lyrical poem that expresses a longing to leave behind urban life for a beautiful peaceful island, where you can enjoy the fruits of nature’s abundance,” Innisfree’s website explains.

The beautiful Jeju island where Innisfree ingredients are sourced. Instagram/InnisfreeUSA

The brand sources 80% of their ingredients naturally from the beautiful Korean island of Jeju, and they believe that the island referred to in the poem was a perfect description of the calm paradise from where their own products come.

“Jeju Island is a unique oasis that offers a sensorial escape from the fast-paced daily life and a rejuvenating moment to nurture healthy skin in perfect harmony with nature,” the website continues.

Yeats wrote “The Lake Isle of Innisfree” in 1888 while in London, having been hit with a pretty bad dose of homesickness. Recalling the island where he used to dream of adventure during his childhood summers, he penned the twelve-line poem which became a favorite of many, although not one that he especially liked.

The poem has since appeared in everything from the Clint Eastwood movie "Million Dollar Baby" to John Ford’s Academy Award-winning film “The Quiet Man.”

Will Innisfree makeup become as popular as "The Lake Isle of Innisfree"?

Offering up makeup, customizable palettes, haircare and home fragrance, Innisfree plans to expand across the US in the coming year with an aim  to “open five to eight stores over the next year in the New York, Long Island, and New Jersey area, then expand to Los Angeles and San Francisco after that.”

Boasting hundreds of products with high to low-end prices, we’re not sure what Yeats would make of the beloved Innisfree being used in this way, but we can see ourselves quickly becoming big fans.