The Waterford-born entertainer was a fixture in Irish-American circles. 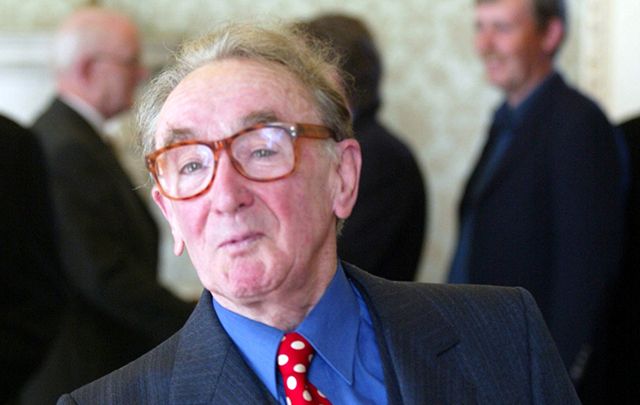 The Waterford-born entertainer was a fixture in Irish-American circles and spent years as a comedian in residence at Jurys Cabaret in Dublin where millions of Irish Americans laughed at his jokes. His stint in the hotel even earned him a spot in the Guinness Book of World Records for the longest-running engagement of a comedian in the same venue: An incredible 26 years.

His catchphrase was "write it down" and Roach published several books aimed at the Irish-American market which were very popular.

Roach spent over 60 years in show business and first came to attention as a boy soprano before specializing in magic and traveling with an illusionist.

He moved onto comedy, however, and throughout his marathon career, he was credited with influencing many of Ireland's next generation of comics.

Upon hearing the news of Roach's death in Florida in 2012, fellow comedian and good friend Brendan Grace stated: "Roach was a prime influence throughout my career and has inspired me and many others to walk in the shadow of his greatness."

Murphy found himself very late one night in London in the underground subway station, at four o’clock in the morning. He walked along to the escalator. And on the escalator it is written, “Dogs must be carried on the escalator.” And he thought, “God, where am I going to find a dog at this hour of the night?”

A man buys a jigsaw puzzle with eight pieces. Nine months later he has managed to put it all together and is delighted with himself. He thinks he has done well because on the box it says “four to six years”.

He told me that I have a cult following, at least I think that's what he said.

"There is a man sitting in the middle of the road casting his fishing line ... now none of us is perfect, but c'mon! So I asked him, "How many have you caught today?" He said, "You're the ninth."

Ar dheis Dé go raibh a anam dílis. (May he rest in peace.)

Be yourself online, have fun, and meet your other Irish half