Travolta posted a video from the cockpit as his private jet landed in Shannon, while he also posted his very questionable attempts at an Irish accent. 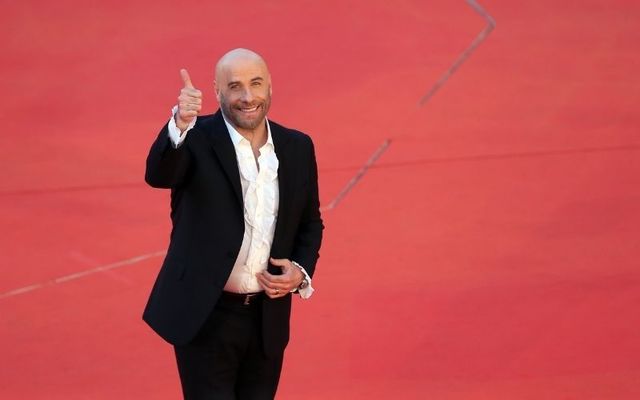 Irish-American actor John Travolta has flown himself to Shannon Airport from Florida on his own private jet.

The 67-year-old actor documented the flight on his Instagram flight, revealing that he was visiting Ireland for "business".

"So tonight our flying time from Florida to Shannon is seven hours and four minutes, just so everybody knows. And I'll see you... I'll film when we arrive," Travolta said in a video on his Instagram story.

Travolta also posted a video from the cockpit as his private jet landed in Shannon, while he also posted his very questionable attempts at an Irish accent from his hotel.

"Life is what you make it, isn't it?" Travolta said with a questionable Irish brogue. "It is, aye it is."

He also thanked his fans for supporting his Daughter Ella's new single "Dizzy", which will be part of her upcoming debut EP "Ella Bleu".

Travolta revealed in 2007 that he has Irish roots on his mother's side.

"I’m half-Irish. My mother’s people came from Kenmare in County Kerry and I’ve been down there to research where they lived. We’re related to Burkes and Murphys on her side, and I researched all the connections that there were," Travolta said in 2007.

"It’s a beautiful country, just gorgeous and I’ve said many times I would love to make a movie there."

Helen Burke, Travolta's mother, grew up in an Irish neighborhood of Englewood, New Jersey, and worked as a dance instructor.