Only in Ireland. We say that a lot, but this really takes the cake! 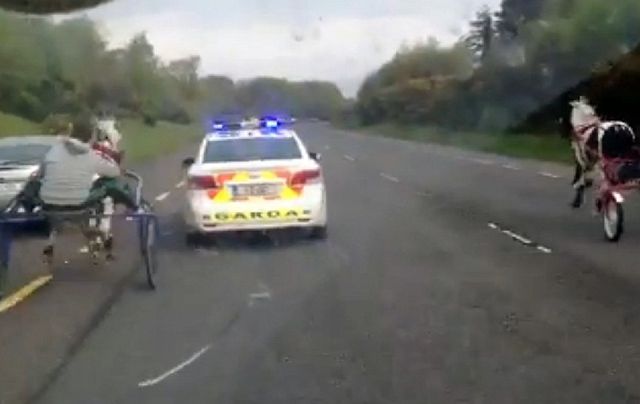 Only in Ireland. We say that a lot, but this really takes the cake! The following wild video shows an epic horse and cart race on a busy road in Mallow, Co. Cork.

The race – called a sulky race – was apparently organized by the Irish Travelling community in the area, with some of the excited onlookers following the horses and drivers in a car and capturing the whole thing. If the commentary alongside is any indication, the horses are named Russian Lady and Chrissy's Philly.

It takes a few seconds after the video starts to realize that not only are the horses racing among cars, they’re also galloping against traffic.

The Irish police (Garda) do their best to make them pull off the road and stop the race, but it’s to no avail. Instead, the police really wind up just clearing the way for them!

Who do you think wins – blue or pink?