The Irish guards are known as the most musically talented police force in the world. 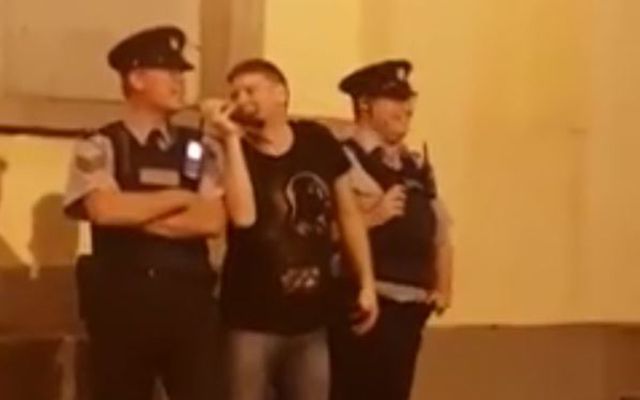 Members of An Garda Síochána (Ireland’s police force) were spotted joining into karaoke outside a pub in the midlands.

Noel Kelly, a singer with the Portlaoise band The Jury, was performing for a group of friends when he spotted the two guards and bounded over to say hello.

Whilst chatting with them The Killers’ hit tune ‘Mr Brightside’ came on and Kelly and one of the guards began their own rendition of the song.

The pair didn’t quite manage to sing along to the whole song as the officer soon decided it was time for him and his colleague to patrol another street in Portlaoise.

Andy Doran, who filmed the incident, said the event made it, “just a normal night in Portlaoise".

Ireland’s gardaí have previously come to the attention of the world’s media for the good natured way in which they engage with members of the public.

A few weeks ago, for instance, gardaí in Limerick posted a video of a local cop having a game of street soccer with a nun that went viral around the world.