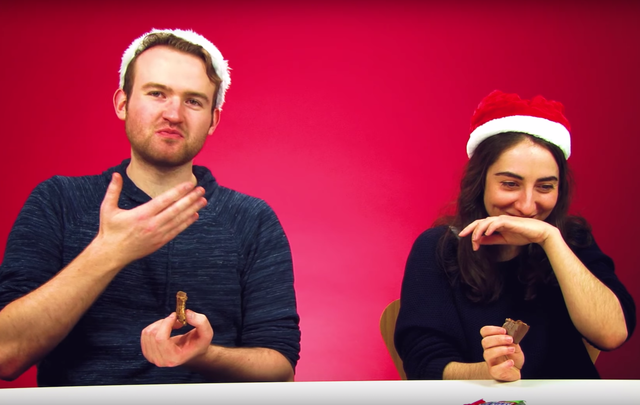 These Irish trying American Christmas candy will make you chuckle at the end of the first week of our Advent calendar 2017. YouTube

It’s already been noted on more than one occasion that Irish people find their candy and chocolate significantly superior to American candy and yet, with Christmas in the US just being so spectacular in comparison to our more low-key Christmas in Ireland, we were half hoping that American Christmas candy would rise to the test and be something both sides of the Atlantic could enjoy.

Instead, the facts. Taste testers (an Irish equivalent to Buzzfeed testers if you haven’t heard of them before) took on the task of judging American Christmas candy and the results are not that great for our American friends.

One candy even brought on as intense a reaction as “its making me want to cry.”

We think this immediately calls for a selection box, a box of Roses, and a box of Quality Street to be sent to every single person around America (one for everyone in the audience!) so they can discover was real Christmas candy tastes like.

What’s your favorite treat or candy that is only available during Christmas? Which side do you take in the Irish vs American candy debate?