An Irish granny made a hilarious discovery about her Christmas tree decorations. 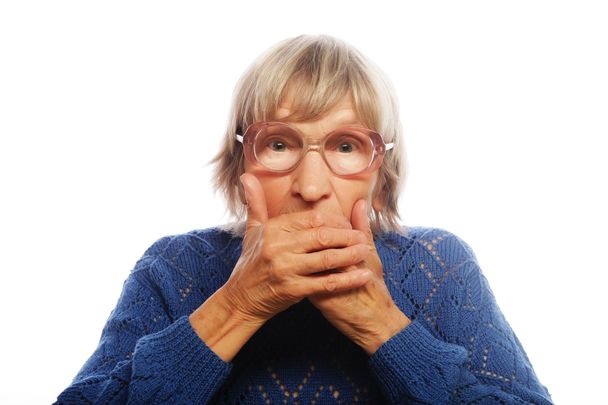 Uh oh Gran! Can you guess what is inside this Christmas tree ornaments?

A Cork woman was shocked to discover her granny had hung up underwear among her Christmas ornaments back in 2016.

One Irish grandmother had an early Christmas surprise this week when she discovered that she had decorated her Christmas tree with ornaments that contained sparkly purple thongs.

Alex Bermingham from Cork, Ireland, had called into her granny's house to give her a hand in putting up the Christmas decorations. Some of the baubles she was hanging up on the tree made her do a double-take, however, when it appeared they were not exactly what her grandmother thought she had purchased.

The clear decorations were filled with a sparkly purple material that her granny had thought would be a nice addition to the Christmas tree but on investigating further, Bermingham found that the baubles opened up to reveal g-strings.

My 74 year old grandmother bought Christmas baubles in Dunnes Stores, which I have just realised upon decorating her tree that unbeknownst to her upon purchase, they are in fact, lavender glitter G-strings.

Wishing everyone a kinky Christmas this holiday season. pic.twitter.com/saLDl4vcwa

While initially a bit embarrassed, the Irish granny had a good laugh thinking back on what the store workers must have thought when she rocked up to the counter to buy six of them.

Bermingham posted the reveal to Twitter, where it received a lot of love and over 22,000 retweets.

“I have just realized upon decorating her tree that unbeknownst to her upon purchase, they are in fact, lavender glitter G-strings,” she wrote on Twitter.

"Wishing everyone a kinky Christmas," she added.

Have you ever received an embarrassing Christmas present? Bought something thinking it was something completely different? Let us know about it in the comments section, below.