Spooky! Ghost hunters say Covid-19 has resulted in a spike in paranormal activity

Irish ghost hunters believe that the traumatic impact of the COVID-19 pandemic has heightened contact between the living and spirit worlds. 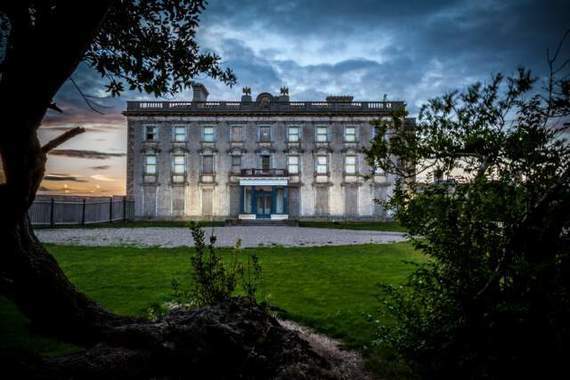 Loftus Hall in County Wexford is thought to be one of the most haunted buildings in Ireland. Tourism Ireland

Irish ghost hunters have noticed a huge spike in paranormal activity at some of the country's most haunted sites throughout the coronavirus pandemic.

Irish Paranormal Investigations (IPI), one of Ireland's leading paranormal investigation groups, told the Irish Independent that activity had also significantly increased in people's homes over the past 18 months.

IPI official Ann Massey said that it was common for "step-overs" from the spirit world to rise during times of societal trauma such as pandemics and wars.

She added that ghost hunters believe that the traumatic impact of the COVID-19 pandemic has heightened contact between the living and spirit worlds.

"From our perspective as a group we have been getting a lot more contact from people – especially in their private houses," Massey told the Irish Independent.

Massey said that people are also noticing more signs from the spirit world because they are less busy than in pre-COVID times.

"It is twofold – more people are more aware of what is going on around them now and noticing these step-overs from the spirit realm."

She said that paranormal investigators noticed a surge of activity at tourist attractions, such as Spike Island and Malahide Castle, due to an absence of visitors over the past 18 months.

"The other thing is in respect of the touristy places where we investigate – Malahide or Spike – because people aren’t constantly in there, the spirits or whatever they are have been given a chance to recharge if you like," Massey told the Independent.

"They re-energize and then react (more strongly) when suddenly people do come back and into these places."

Leap Castle has embraced its ghostly legends and even offers people a chance to book a special evening meal called "Dining with the Dead".

However, the most feared building in Ireland is the Hellfire Club on Montpelier Hill in Dublin, which is rumored to have been built on an ancient burial ground.

The ruins of the old hunting club have been the source of reported paranormal activity for decades and the building is known for its many ghost stories linked to satan.

Massey said that paranormal activity at the Hellfire Club has now extended to the surrounding grounds and woods.

Meanwhile, Richard Morrison, the co-founder of Paranormal Supernatural Investigations Ireland (PSI) told the Irish Independent that Ireland ranks among the highest in the world for paranormal activity.

"I think Ireland is up there in the top two at least, even as paranormal researchers we’re amazed," he said.

Morrison said that paranormal activity is very rarely captured on camera and is instead captured using specialized equipment monitoring energy.

"It’s our equipment that’s capturing all this. Ireland has a lot of history and the energy here is very active for paranormal researching."

However, Morrison said that the PSI recently captured a "clear" image of a ghostly figure standing at the window at Moore Hall in County Mayo.

"The image is as clear as day. There’s no inside stairs or floors, it’s a complete shell of a house," Morrison said.