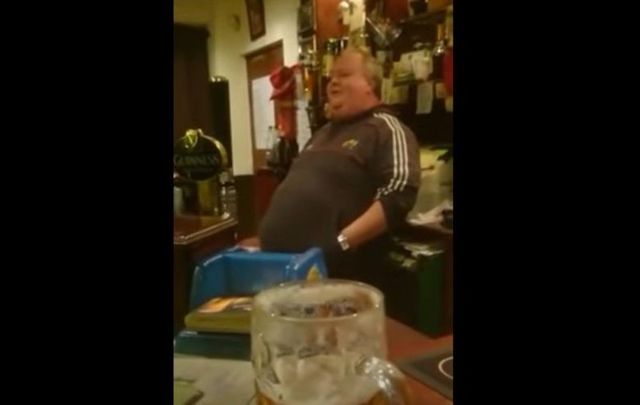 The velvet tones of a Cork barman singing Bright Blue Rose as he works behind the bar went viral and who's surprised!

Barman John Horgan’s strong voice is clearly heard as he effortlessly sings behind the Crossroads Bar, in Knockvilla, with just a CD to be heard faintly in the background. The video was posted by local Tony Sheehan in February 2015 and now has more than 430k views.

Pulling pints, splashing spirits, and giving change – the barman didn’t even break his stride. Apparently, the pub had just had a trad session, and Horgan, who regularly sings, decided to give his patrons a few bars.

The song Horgan sings, “Bright Blue Rose,” was written by Jimmy McCarthy and made famous by Christy Moore and Mary Black.

Read More: A rousing rendition of The Rocky Road to Dublin in an Irish pub