Ireland gets McDonald's Shamrock Shake 2020 ahead of America

What is happening!? With no mention of St. Patrick's Day across McDonald's US channels the green minty Shamrock Shake has launched in Ireland for 2020. 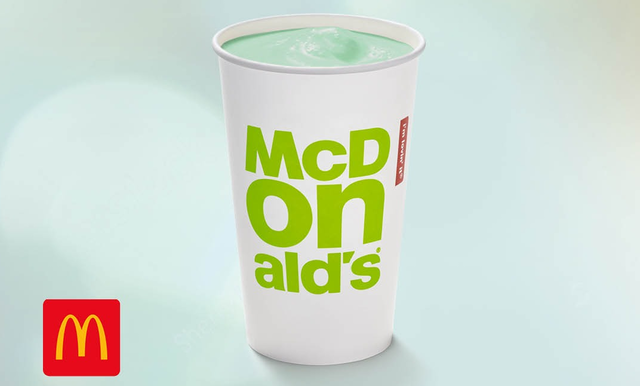 What is happening!? With no mention of St. Patrick's Day across McDonald's US channels the green minty Shamrock Shake has launched in Ireland for 2020.

It seems strange to us that the McDonald's St. Patrick's Day limited-edition drink, the Shamrock Shake, is available in Ireland ahead of the United States this year. While obviously Ireland is the center of all things green, white and gold this time of year we find it strange because the McDonald's Shamrock Shake was in fact invented in Connecticut.

The Shamrock Shake from McDonald’s Ireland launched in late January to kick start the St Patrick’s Day celebrations early. The marvellous milkshake will be available for a limited time only in Ireland (until Mar 24).

Read more: Why is Saint Patrick's Day celebrated on March 17?

It seems Americans will have to be patient and wait until March 2020 to enjoy their McDonald's St. Patrick's Day treat.

Whenever you manage to pick up your Shamrock Shake the history of this green St. Patrick's Day treat deserves to be remembered.

It all happened back when Harold Rosen, who owned a McDonald's in Connecticut, invented the popular holiday drink in 1966.

We just love it. Talk about making a difference.