Unfortunately, these Irish American astronauts aboard the International Space Station did not get the day off for St Patrick’s Day but they celebrated March 17 in style the best way they could. 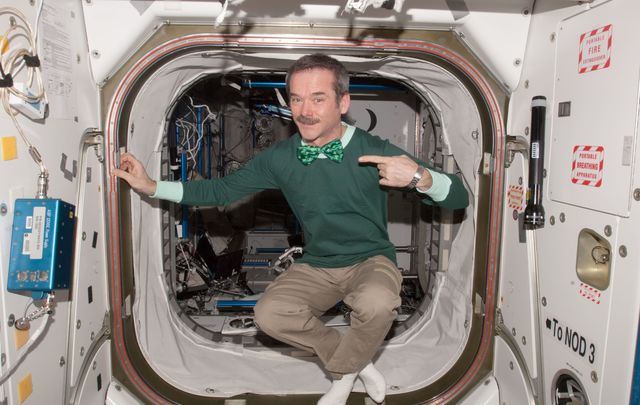 We already know that St Patrick’s Day takes over the world for the vast majority of March but did you know that Ireland’s special day has even been celebrated on the International Space Station.

There was plenty of out-of-this-world music coming from a 100-year-old flute when it was owned by The Chieftains member Matt Molloy but no tune from the Irish instrument was quite as other-worldly as the one played by Irish-American astronaut Cady Coleman in 2011.

Coleman at the time was stationed on the International Space Station and had taken it on herself to celebrate her Irish roots that St Patrick’s Day while floating weightlessly in outer space. As well as performing on the flute, she also took up the tin whistle once owned by Molloy's Chieftains comrade Paddy Maloney.

Such was The Chieftains love of her performance that it was included on their album “Voice of Ages” under the title “Chieftains in Orbit.”

Coleman wasn’t the only astronaut to celebrate March 17 while on the station, however. In 2013, Chris Hadfield shared photos of the Emerald Isle from his incredible viewpoint and posted some other pictures of himself wearing green clothes in celebration.

Not only that but in 2013, he tweeted as Gaeilge (in Irish) on a photo of our beautiful country.

We were also treated to a surreal rendition of “Danny Boy” from the Commander. Whoever thought we’d witness the Irish classic being performed from space?!

Do you have St. Patrick's Day news you'd like to share with the global Irish community? Why not join IrishCentral's contributor's platform Irish Voices? You can learn more about it here and sign up here