The European Quidditch Cup and the International Quidditch Association European Games - both inspired by the fictional sport in the Harry Potter novels - will take place on the UL campus in June and July. 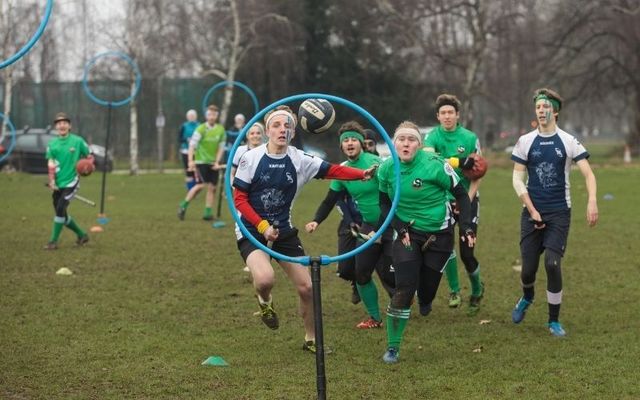 Up to 1,800 people are expected to take part in two international quidditch competitions at the University of Limerick this summer.

The European Quidditch Cup and the International Quidditch Association European Games - both inspired by the fictional sport in the Harry Potter novels - will take place on the UL campus in June and July, representing the first time that both events are held in the same country.

The European Quidditch Cup will take place between June 4 and June 5 and will feature an estimated 1,000 athletes from 32 different countries.

Meanwhile, the International Quidditch Association European Games will take place between July 22 and 24 and will feature between 600 and 800 athletes from over 20 countries.

The events are expected to bring revenue north of €1 million for Limerick City.

Played on broomsticks in the Harry Potter universe, real-life quidditch is a mixed-gender, fast-paced sport that could be described as a mix between handball, dodgeball, and rugby.

Teams of seven players score by shooting a quaffle through their opponents' goal hoops, dodging other players, goalkeepers, and bludgers, all while running with a fake broomstick between their legs.

Like Harry Potter, the game ends when a team's seeker catches the snitch.

The Irish national quidditch team has been competing in European tournaments since 2017, while the inaugural quidditch game was played in 2005.

Quidditch Ireland and UL launched successful bids to hold both competitions this summer, seeing off competition from Spain, Germany, and Turkey.

Mayor of Limerick Daniel Butler told the Irish Examiner that the successful bids reflected "the superb sporting facilities and infrastructure" in Limerick.

Pauline Raes of the International Quidditch Association said Limerick would become the capital of quidditch for 2022.

"We are excited to see the IQA European Games come together this July and find out which nation will be crowned champions… With the fantastic quality of the venue, housing and staff, this event will surely be a success," Raes said.