As Emma Watson said at the premiere of "Harry Potter and the Deathly Hallows: Part 2" an entire generation has g... 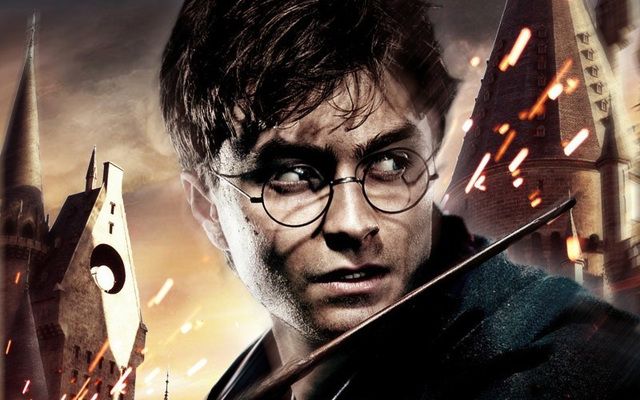 As Emma Watson said at the premiere of "Harry Potter and the Deathly Hallows: Part 2" an entire generation has grown up reading the "Harry Potter" books and watching these fine actors grow on on the silver screen. The end of these movies is a big deal for millions children and adults alike and a new begining for many actors, including many Irish stars.

With so many Irish actors involved in this phenomenal movie franchise we thought we'd take a look at some little known trivia about them. The Irish talent in these movies has been incredible with actors like Fiona Shaw, Brendan Gleeson, Evanna Lynch, Richard Harris, Michael Gambon and Ciaran Hinds blowing audiences away since 2001.

- The late great Richard Harris only agreed to play the role of Albus Dumbledore because his 11-year-old granddaughter threatened to never speak to him again if he turned the role down.

- Richard Harris died just weeks before the release of the second movie, "Harry Potter and the Chamber of Secrets".  Christopher Lee and Sir Ian McKellen were both considered for the role.

- McKellen turned it down saying to interviewers "I had enough trouble living up to one legend. Two would be too much to hope for." He was referring to his role as Gandalf in Peter Jackson's "Lord of the Rings".

- Michael Gambon who replaced Harris as Dumbledore wore street clothes under his flimsy costume. He also kept his cigarettes tucked into his socks.

- Gambon also admitted that he saw "no point" in reading the books, so during the whole course of playing the role of Dumbledore, he never read any of them.

- Evanna Lynch beat 15,000 girls and 29 finalists for the role of Luna Lovegood. She was the ninth person in the audition tapes. When one of the producers, David Barron, saw her auditions he said "She is Luna." Lynch wanted the role so much that she had written a letter directly to J.K. Rowling.

- Ray Winstone and Billy Connolly were considered for the role of Mad-Eye Moody. Happily the brilliant Brendan Gleeson got the role.

- Devon Murray, who plays Seamus, hold the record for breaking wands while filming. His tally runs to ten.

- Evanna Lynch actually made the radish earrings that she wears as Luna Lovegood.

- Rosie O'Donnell had asked for a role in the first movie "The Philosopher's Stone" and said she'd do it for free. However she did not film any scenes for the movie.

- Brendan Gleeson and Daniel Radcliffe both starred in "The Tailor of Panama."  Radcliffe's first movie role, in 2001.

- Devon Murray (Seamus) is just one of thirteen actors who appeared in all eight movies.

- Ciaran Hinds plays the role of Aberforth Dumbledore in "Harry Potter and the Deathly Hallows: Part Two." He is a Albus Dumbledore's younger brother.