Reeling in the Weird is an absolute treasure trove of bizarre footage. 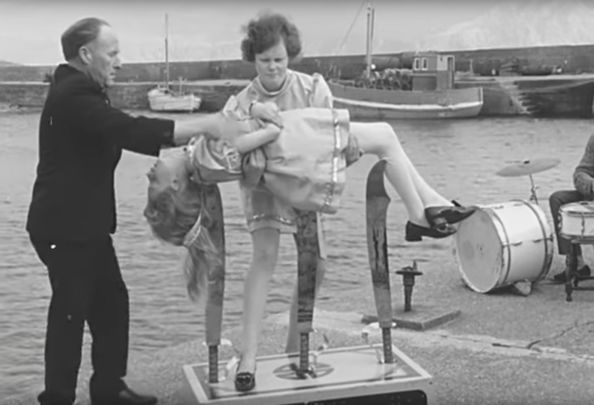 An Irish Instagram page that compiles some of the most bizarre footage from the RTÉ archives is absolute comedy gold.

Reeling in the Weird celebrates the weird and wonderful in the archives of Ireland's national broadcaster, and there are some hidden gems and treasures to be found.

The footage also provides a window into Ireland's past; highlighting old traditions and outdated customs.

One post, for example, features footage from "the 1984 Housewife of the Year Competition", a concept that probably felt outdated and old-fashioned 36 years ago.

The footage is so unbelievable it's hard to believe that it's not satire, with patronizing commentary and bizarre clips of a woman riding a pony in front of her family home.

The 1984 Housewife of the Year competition was won by Mary Holleran of Clonbur in Co. Galway. #Ireland #galway #rtearchives #rte #reelingintheweird #reelingintheyears

Another post, meanwhile, features footage promoting Irish men as attractive bachelors with narration that feels like it belongs on David Attenborough's Planet Earth.

"Species: Irish male. A prime example of Homosapien in its natural habit, but its existence is under threat," the commentator says as "All You Need is Love" by the Beatles plays in the background.

The footage notes that Irish men have improved in taste and fashion in recent years and that foreign women, particularly those from China and Japan, are now keen for Irish bachelors.

One news report on the page details one of the most bizarre crimes to ever take place in Ireland - when two men were sentenced to prison terms for beating two elderly brothers and making off with a biscuit box containing more than 10,000 biscuits.

All told, the page is a goldmine of bizarre footage and information from Ireland's past and arguably the most bizarre footage of them all comes from a clip in 1989 in Kildare - the scene of Ireland's first pig race.

The footage is sheer pandemonium, with pigs and their human helpers colliding into one another on a regular basis.

The race, which took place for People in Need, embodies all that is weird and wonderful about Ireland and the Magnificent Seven theme music playing in the background makes the clip even more surreal.

Check out the glorious treasure trove of Ireland at its strangest here.