Steve Barron, aka Pint Baby, became a viral star when footage re-emerged of the 20-year-old guzzling a pint of Guinness in 1997. 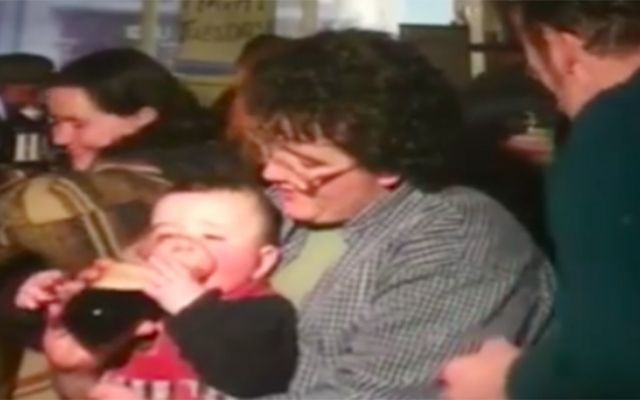 Steve Barron aka Pint Baby became a viral star when footage re-emerged of the 20-year-old guzzling down on a pint of Guinness in 1997. YouTube

The identity of an Irish baby, who was a viral sensation last week after footage of him drinking a Guinness in a Kerry pub in 1997 emerged, has finally been revealed. Ever since the clip from the RTÉ archives was re-released, a nationwide search for the young boozer has been underway.

#PintBaby, also known as Steve Barron, lives in Prosperous, Co. Kildare and was identified after a friend of his mother in America spotted her in the video on Facebook and tagged her.

“You couldn’t really get any more Irish,” the now 20-year-old PintBaby told RTÉ News when they pitched up at his home in Kildare armed with the archive footage and a camera crew.

Ireland,
Will we tell the rest of the🌎
That we've spent the last few days looking for #PintBaby ?#PureIrish 😀
A baby drinking Guinness

Although doctors warn against giving alcohol to children, his mother Caroline said, “There’s great nutrition in Guinness and it hasn’t done him [Steve] any harm. He’s fit and healthy, never been hospitalized. He’s grand! He hasn’t taken to the drink in a big way or anything!”

Ireland: Those stereotypes are hurtful.

Also Ireland: #pintbaby  LOL! Quick, get him on the news!

Caroline said the pair had gone down the pub where RTÉ had been filming and it had been “great fun [with] craic going on in the pub. Everyone was there for the novelty of 'Nationwide' being there and everything…. It's absolutely phenomenal. People are contacting us, emailing, texting, phoning, messages, notifications, here there left right and center. It’s gone off the scale … The phone is on fire!”

She insists “that could be any child in Ireland, even to this day!... He was the only one filmed doing it!”

As for Steven, he doesn’t mind sticking with the nickname PintBaby for a while but “not for the next 20 years”.